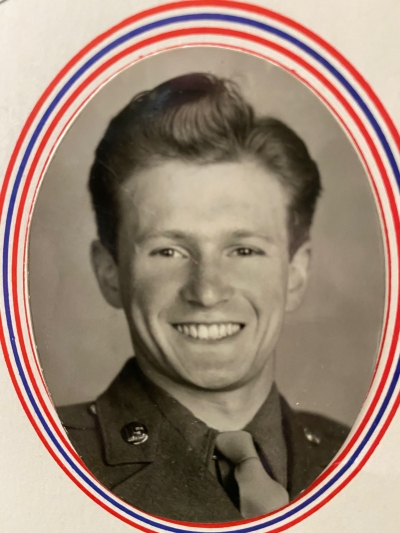 Irving B. Goldberg died peacefully at home on March 3 in Palo Alto at the age of 93 surrounded by family.

Irving is survived by his daughter Elaine and her husband Charles and his son Evan and his wife Cindy, as well as five grandchildren. He is preceded in death by his loving wife Ruth of 66 years.

Irving was born on July 9, 1926 in Boston, Massachusetts to Meyer and Esther Goldberg. He attended Boston English High School, and soon after graduation in 1944 was inducted into the army. After basic training he was selected to be in an intelligence outfit and trained in Philippines for the invasion of Japan. After his two-year tour of duty for which he received several medals, he returned home and entered Boston University on the GI Bill. He graduated in 1952 with a Masters in Physics and Mathematics. In 1950 he married Ruth Bertman with whom he had been set up on a blind double date by mutual friends.

Irving began work as a physicist designing radars, and he spent the next 40 years in that industry, mostly at GTE Sylvania where he helped design and implement military communications systems including technology that was the forerunner of cellular phone service.

Irving and Ruth had two children and raised them in a love-filled house in Lexington, Massachusetts. Irving was an enormously kind and committed father who always wanted the best for his children. He was a strong believer in education and made sure his children always had access to the best schools had to offer. Irving had always been athletically inclined and was an avid tennis player through much of his life.

Upon retiring, Irving and Ruth settled in Fairfield, Connecticut near Elaine and Chuck and ultimately moved to senior living in Palo Alto, California near Cindy and Evan. They adored their grandchildren and always attended any sporting event or performance they could. They enjoyed walking, going to movies, and trying new restaurants.

Irving loved to talk and listen and learn, to be entertained and to crack jokes. But most of all he loved and was devoted to his family and the love was truly mutual. His memory will be cherished by all of his family for the rest of their lives.

The family would also like to thank Kristine for her years of loving service to Irving.

Photo Gallery
0 photos Upload a photo
Remembrances
0 entries Submit a remembrance
Make a donation
In lieu of flowers, the family requests donations be made to The V Foundation for Cancer Research. Link: https://v.org
About this site     Contact us