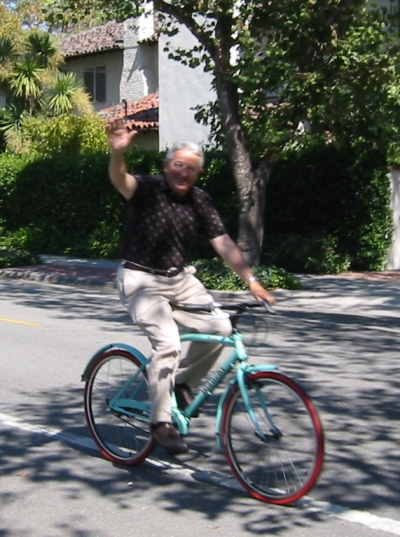 Hubert J. Nyser passed away peacefully on May 8, from complications of Alzheimer’s disease.

Born in 1930 in West Hartford Connecticut, Herb was the youngest son in a family of twelve. At the age of five he left West Hartford with his family and traveled cross-country by train, to settle in Santa Cruz. As a boy, he and his brother loved caddying at Pasatiempo Golf Club and would always arrive at the course early in the morning to be the first on the tee.

A love of golf stayed with Herb all his life. He competed for the Alameda High School golf team, and throughout his undergraduate studies at the University of California, Berkeley. After earning his Engineering/Physics BS, Herb served in the US Army during the Korean War. His interest in engineering and Master’s in Math next led him to a career in computer science. In 1955, Herb began working at Bell Labs in New Jersey, returning to California after several years to work at Philco/Ford. In 1966, he married his wife of 53 years, Ann and settled in Palo Alto. Herb founded his own company in 1970, Control System Industries, developing hardware and software to manage water, electrical, and transportation utilities. After selling his company in the mid-1980’s, he consulted for utilities and taught undergraduate programming.

Herb continued his golf game throughout his retirement, playing with the same group of friends until the last few months of his life. Known for an acerbic wit, Herb was a kind and supportive father who always encouraged his two children in every endeavor. He loved bicycling and walking around his Old Palo Alto neighborhood, taking time to make conversations and new friendships along the way. Herb is survived by his wife Ann, and his children and their spouses Dan (Kumi) and Kara (Doug), and grandchildren Sarah, Cameron, and Grayson who will greatly miss his humor, storytelling, and guidance.

Photo Gallery
0 photos Upload a photo
Remembrances
2 entries Submit a remembrance
From Miriam & Charles Palm
Aug. 1, 2020
We will miss seeing Herb taking care of his beautiful yard and walking in our neighborhood. Our chats about politics were memorable, and our sympathies go out to Ann and his family. I am sure Herb is golfing in heaven.
About this site     Contact us