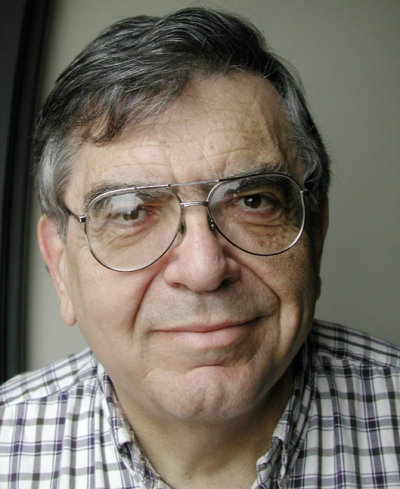 Stanford Professor Emeritus Henry Breitrose died at his home on the Stanford campus on Oct. 2. He was 78 and had been suffering from cancer.

He founded the graduate program in documentary film and television at Stanford, where he taught for more than 45 years.

Breitrose was born in Brooklyn, N.Y., and attended Stuyvesant High School. He graduated from the University of Wisconsin-Madison, where he majored in history and English. To help support his studies, Breitrose took a job as a grip, setting up the lights and cameras for the university's audio-visual unit. In the process, he fell in love with film and, armed with a master's degree from Northwestern, took a temporary job as an instructor on "Film for Television" at Stanford.

Persuaded to earn a Stanford Ph.D., Henry joined the faculty of the Communication Department and continued to develop the master's program in documentary film, which now has about 500 graduates making their mark in the film world.

In the beginning there was very little in the way of equipment, but according to former student Alan Rosenthal, Breitrose made up for these deficiencies: "Henry was funny, learned, witty and inspiring. And he pointed me towards the path of documentary, with the idea that it could change the world."

Many students looked to Breitrose as a mentor throughout their professional lives. He keenly followed their progress and loved to talk about them, said former colleague Donald Roberts.

He was also much in demand as a lecturer, consultant and instructor at film schools both nationally and internationally. He served for 12 years on the executive board of CILECT, the International Organization of Film and Television schools.

Breitrose also served on a number of boards outside the university, including KQED and the Page Mill YMCA.

He loved spending time with his family at their campus home. He frequently attended Stanford sporting events and was particularly fond of football and women's basketball. He loved to cook and traveled extensively for work and pleasure. He was also a passionate supporter of the Philharmonia Baroque Orchestra.

Breitrose is survived by Prudence, his wife of 46 years, and children Becky of Portland, Oregon, and Charlie and his wife Jennifer Kavanaugh of Watertown, Massachusetts.

Photo Gallery
0 photos Upload a photo
Remembrances
0 entries Submit a remembrance
Memorial service
A memorial service will be held in November.
Make a donation
A fund for support of students in the Stanford's film program has been set up in his name. Checks made out to Stanford University should be designated for the Henry Breitrose Memorial Fund and mailed to Denise Ellestad, Director of Development, School of Humanities and Sciences, Stanford University, 326 Galvez St., Stanford, CA 94305.
About this site     Contact us