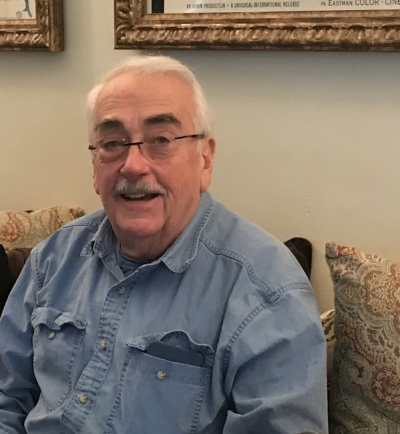 Greg was born 8/16/41 in Sharon, Pennsylvania to Philip and Goldie Bell. He is survived by his younger sister Judith Bell Harris (Steve Harris) of Lincoln, Vt.

After Elementary and HS in his hometown, Greg completed his Engineering degree at Antioch College in Yellow Springs, Ohio 1959 to 1964. During his years at Antioch, he participated in their work/study program and gained valuable experience at various corporations including Helena Curtis cosmetics (time studies), Lockheed Missiles and Space in Palo Alto, and Falk Engineering in Milwaukee, Wisconsin. In Wisconsin, he met his first wife Janet and their family was formed with Stephen and Amy. Greg determined to get back to California, secured a position back at Lockheed Thermophysics Lab, and enjoyed a long and successful career as a cryogenic engineer. Literally a “Rocket Scientist”.

Greg and Kathleen Dugan married in 1988.

Greg was a fierce competitor, whether it was a game of badminton or Monopoly, and a constant tinkerer. He could design and/or fix anything. He built a television from a kit and started a solar panel business too soon to cash in. He added many features to the house, i.e, hot tub, not because he wanted to use it, just to “do it and make it work”. He very much enjoyed the creation of his HO railroad complete with buildings that he constructed from flat boxes of tiny pieces of wood. The Garden Railroad is a wonderful feature of the yard. He rewired the entire house and refused to call anyone to fix anything, except when they insisted. (Gas service had to be replaced by the City).

Post-retirement from Lockheed, he continued as an aerospace consultant with Space Dynamic Laboratory in Logan, Utah. His second career was capped off by the successful launch of NASA’s WIRE, Wide-field Infrared Explorer, in December 2009.

Greg is survived by his wife Kathleen Dugan and his first wife Janet Bell, his children Stephen Bell (Samantha Miranda) of Napa and Amy Bell Gilmore of Auburn, and his three grandsons Cole Gilmore, Scotty Gilmore, and Spencer Bell.

He loved his dogs and the multiple cockatiels he had over the years.

Greg was diagnosed with Melanoma in November 2020 and received wonderful care from the PAMF physicians and staff and also from his friend Ranjana Advani, M.D. We would also like to acknowledge the wonderful care from Sutter Home Health and Mission Hospice.

Photo Gallery
0 photos Upload a photo
Remembrances
0 entries Submit a remembrance
Memorial service
A private memorial service will be held on January 22, 2022.
About this site     Contact us