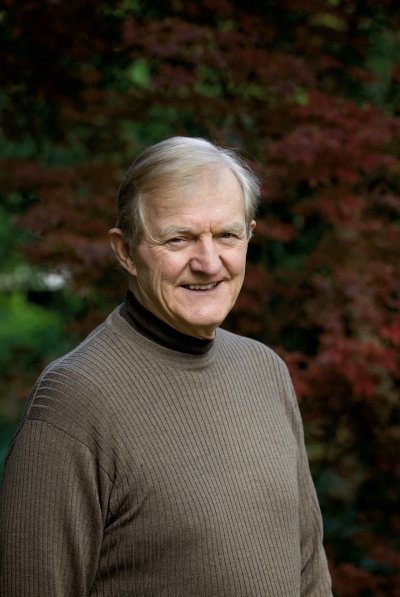 Gordon H. Bower—who won the National Medal of Science for experimental psychology research at Stanford University—died peacefully with his family in his campus home on June 17. Gordon served as chief scientific advisor to the National Institutes of Mental Health and enjoyed 48 years of continuous NIMH funding. He was elected to the American Academy of Arts and Sciences, the Society of Experimental Psychologists and the American Philosophical Society. He was a president of the American Psychological Society, the Cognitive Science Society, and the Psychonomic Society, receiving honorary degrees from Indiana State University, the University of Basel and the University of Chicago. In a mark of unusual distinction, the National Mnemonics Association invited Gordon to address a gathering of magicians convened at Hollywood’s Magic Castle.

During a 46-year career, Gordon contributed to our understanding of associative and narrative memory, mental and mathematical models, and emotion-influenced cognition, while editing leading journals in these diverse fields. In an autobiographical piece, Gordon wrote that his research mimicked learning theory itself, constantly expanding “to encompass and explain more complex phenomena.” Gordon said his biggest contribution—with colleague John Anderson—demonstrated how people recall information by organizing it into narratives about who did what to whom, where and when.

He credited his varied interests to his 52 Ph.D. students who infiltrated psychology departments far and wide (winning him the Association for Psychological Science’s 2018 Mentor Award). His daily greeting to students was: “What have you got for me today?” He encouraged them to pursue their own interests and provided lifelong support. Discovering that student Arnold Glass (now at Rutgers) was getting married far from home, Gordon and his wife, Sharon, threw a wedding party. Backing student Elizabeth Loftus (U.C. Irvine) when she was hounded for questioning collaborators with the repressed-memory witch hunts, he wrote her in 1996, you’re being persecuted for “sticking your head up above the crowd of cowering cowards.” Owning up when his own research overstated how mood influences memory, he published a 1985 retraction that characterized his original finding as an “evanescent will-o’-the wisp, and not the robust phenomenon suggested by earlier reports.” Colleague Jamie Pennebaker (University of Texas at Austin) remembers him as “a gentle lion.”

Gordon was born in the Depression, the last of Clyde and Mabelle Bosart Bower’s three children. The Bowers owned the general store in the Appalachian town of Scio, Ohio. Mabelle was a versatile substitute teacher, who could teach civics, math, English or Latin to students in any grade. Clyde was just starting a business career at the original spam producer, Hormel & Co., when his father’s heart attack forced him to take over the family store. Gordon’s most-detested childhood chore involved filling the store’s retail potato sacks from a tuber bin in the root cellar. Decades later, he recounted the psychological horror of plunging his hands into that dark, dank bin and fingering cold seams of rotten potato goo. As the son of an international business major who never left these United States, Gordon lived his father’s dreams, leveraging athleticism and education as his golden tickets into the wider world.

Gordon was an all-state basketball and baseball player at Scio High, while playing trumpet in a Dixieland jazz band, an interest he attributed to his pianist sister, Shirley. Gordon’s golden pitching arm paid for his higher education after Scio High teacher Virginia Wiggins turned him on to Freudian and Jungian psychology. Gordon said he trained himself to hit homers to avoid the exertion of running bases. The Cleveland Indians subsidized Gordon’s studies at Western Reserve University (now Case-Western) in exchange for first dibs on any future baseball contract. By enlisting in Yale graduate school Gordon closed the door to two drafts—for the Korean War and for professional baseball. In another curve ball, Gordon witnessed hot-bath and electroshock therapies while working at a mental hospital in college—jolts that prompted him to switch from clinical to experimental psychology.

At age 19 in 1952, Gordon met Sharon Anthony of St. Peter, Minnesota at an American Ethical Union summer democracy workshop in New York City. Sharon asked a speaker there how she endured withering criticism. Eleanor Roosevelt replied, “No one can make you inferior without your consent.” Sharon matched Gordon’s pace in many fruitful collaborations during a 68-year love affair. Daughter Lori was born in St. Peter in 1959 en route to Stanford. Two more “bunkies,” in Scio parlance, followed: Anthony and Julia. With master’s degrees in theater (Northwestern University) and counseling psychology (Stanford), Sharon wrote three books on assertiveness and public speaking and ran a national consulting business.

As a Yale grad student, Gordon had attended a 1957 Stanford summer seminar on using mathematical learning theory to more precisely parse and predict behavioral data. Gordon so impressed that group that Stanford agreed to hire him upon completion of his doctorate—retaining him until his 2005 retirement.

Studying rats in his first lab in a Stanford Quonset hut, Gordon recalled cannibalizing discarded pinball machines for parts for his “Skinner boxes.” Evolving from rodent to human subjects, Gordon privately conducted a notorious experiment that might not be tolerated today. He built a Skinner contraption that allowed him to roll M&M candies down a chute to his own rug-rat daughter whenever she nailed a math flash card. That guinea-pig subject claims that daddy’s device helped her ace grade-school arithmetic.

A tightwad detester of pretenses, Gordon hated to spend money on anything other than travel or educating his descendants. When doing something stupid or klutzy he memorably could be heard chiding himself, “Way to go, Gordo!” At Stanford cocktail parties he gladly eschewed fellow academics to swap sophomoric jokes with a teenager in the corner. Some of his students said they worked harder on presentations knowing that Gordon would call out any demonstrable “horseshit.” He had a knack for summarizing research in plain language rather than mind-numbing academese. His aww-shucks, country-boy talk ensured that his jokes and his scientific research will long be remembered.

Gordon is survived by Sharon, their three children and five grandchildren. Weakened by pulmonary fibrosis, he held out for final visits from family members to the campus home the couple built in 1964. He then died peacefully in his favorite reading chair. When 87 productive and satisfying years carried the brain of a leading memory expert into the bottom of the ninth, it quietly stopped firing.

“I see my life as an unbroken string of happy memories stretching back to that kid from eastern Ohio dreaming of pitching in a crowded Yankee stadium … and striking out the fearsome Joe DiMaggio,” Gordon wrote at the end of a memoir. “I remember. Oh yes, I remember.”

Photo Gallery
0 photos Upload a photo
Remembrances
3 entries Submit a remembrance
From Dee Ann Horstman
June 25, 2020
Condolences to Gordon's family. We remember him coming to our town of Scio when visiting his parents, and once, when returning to be the Master of Ceremonies for his Scio High School Alumni Reunion. He Jogged on our sidewalks before townsfolk knew wh...
Read more
About this site     Contact us