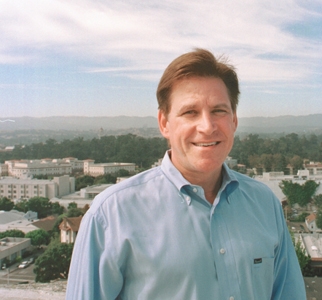 Known for his intelligence, humor and wide-ranging interests, Fazzino, 60, had an unflagging love of Palo Alto and was recognized as the foremost expert on the city's political history. He had been involved directly or indirectly in local politics since the early 1970s, when he hosted Stanford University's KZSU radio broadcasts of council meetings. At the time of his death, he was working on a history of Palo Alto elections dating back to the city's incorporation in 1894.

Before that, Fazzino had spent nearly a decade as a vice president for Palo Alto-based Hewlett-Packard Co., working mostly in government and public affairs.

Jay Gellert, CEO of Health Net and a close friend of Fazzino since the early 1970s, said Fazzino changed little in the decades since they first met. Even back when Fazzino was a young KZSU radio broadcaster, he would delve deeply into subjects he found interesting ? from sports to theology ? and became an expert on these subjects.

Though Fazzino is well-known locally for his encyclopedic knowledge of Palo Alto (his political history includes, among many other things, an account of where on the dais every council member had sat), his passions extended far beyond city borders. He could, for example, name the top song in America for any month since the hits started to get tracked (Espinosa confirmed this skill). He could also discuss with great fluency an election in Italy or a Senate race in a distant state.

Gellert called Fazzino an "original," a "Renaissance man" and a throwback to an earlier, pre-Facebook era, when friendships were deep and enduring.

"He had old-fashioned, long-term personal relationships with people," Gellert said. "Everyone he knew, he knew forever. He was a great example of everything people valued about an earlier time."

Fazzino moved to Palo Alto with his family in 1967, following a year in Santa Clara after a cross-country move from Connecticut in the family station wagon. He attended Palo Alto High School, then a three-year school, and was elected senior-class president.

Fazzino's educational background spanned multiple subjects. He received a bachelor's degree in religious studies from Stanford University in 1974, followed by a master's degree in public policy from Occidental College and an MBA from the University of Washington School of Business. He also interned with the San Francisco-based Coro Foundation, studying public policy.

He was first elected to the council in 1977 but resigned after six years due to a job transfer to Seattle. He returned to the council following the 1989 election and served as mayor in 1992 and 1999. Fazzino was forced by term limits to step down from the council at the end of 2001.

During his tenure, he established meetings with the mayors of Menlo Park and East Palo Alto and the president of Stanford to address regional issues. He formed the Red Team in 1992 to aid East Palo Alto, which was then struggling to cope with a wave of murders. He promoted the ban on smoking in public places, the preservation of Arastradero property as open space, the launch of the Palo Alto Shuttle and the establishment of the San Francisquito Creek Joint Powers Authority.

In recent years, Fazzino retained his deep engagement in the city's political life, often weighing in on local measures and providing analysis on election results. Over the past two years he promoted a shift from a one-year mayoral term to two years, opposed the measure that moved local elections to even years (the measure passed in 2010) and, most recently, backed the campaign opposing Measure C, which is on the Nov. 6 ballot and would allow up to three marijuana dispensaries to open in Palo Alto.

Fazzino was preparing to complete his political history of Palo Alto, a comprehensive account of every local election in the city's history and the issues surrounding each election. His unmatched familiarity with local history earned him the moniker of "unofficial Palo Alto historian."

Fazzino's death has prompted an outpouring of condolences from the Palo Alto community, with city leaders and residents sharing their memories of Fazzino. Councilman Pat Burt called Fazzino a "true icon in our community."

"His deep love for his family and for Palo Alto are a model for us all," Burt wrote on Town Square, the online community forum. "Gary has led us with his exceptional combination of passion, civility and selfless commitment. We will miss him deeply, but his inspiration will continue. There is only one 'Mr. Palo Alto,' and that is Gary Fazzino."

State Sen. Joe Simitian, a close friend of Fazzino and also a former Palo Alto mayor, said Wednesday that Fazzino and Palo Alto were a natural fit over many decades.

"He loved the town, and the town loved him," Simitian said.

Simitian and Fazzino had been best friends since they met in 1967 on their first day at Palo Alto High and discovered a mutual love of politics. They were roommates for a time after college.

Fazzino was a "wonderfully complicated guy, with wide-ranging interests, from his religious studies at Stanford to his deep interest in public policy-making and politics.

"He had a wonderful mix of old-school values and 21st-Century aspirations. He spent his career in the tech world, dealing with business around the world, but Palo Alto was his home, first and last.

"He was a hometown guy with worldwide sensibilities."

"He was one of the giants of our political world," she said of his local and regional impact.

Even those who disagreed with him regarded him with respect.

"Gary Fazzino was a worthy opponent," Palo Alto resident Craig Laughton wrote on Town Square. "He supported the (1999-2000) historic homes measure, and I opposed it. He told me that I was a lone wolf and that I should join the effort to compromise. I said that I would not because it was wrong.

"With a cheerful smile on his face, he said I would lose. Once my side won, he saw me and said, 'There are probably more lone wolves in Palo Alto than I realized.' I thought that was big of him.

"He was a stand up guy who could disagree, with a smile."

Debbie Mytels, a local environmentalist, called Fazzino "an amazing leader from a very young age, always ready to lend a hand, caring for many aspects of our community, from education to the environment and civic involvement."

"He leaves a legacy of service that will inspire many of us to further work for the common good," Mytels wrote on Town Square.

Fazzino is survived by his wife, Annette; their twin children, Matthew and Julia, 5; and by three siblings: Donna, an East Bay resident, Brian of Saratoga, and Wayne of Nevada.

Photo Gallery
0 photos Upload a photo
Remembrances
0 entries Submit a remembrance
Published obituary
View published obituary
Memorial service
A funeral Mass has been set for Thursday, Nov. 8, at noon at St. Albert the Great Church, 1095 Channing Ave., Palo Alto. Parking at the church is limited, so guests are asked to carpool, walk or arrive early. A reception will immediately follow the service at Lucie Stern Community Center in the ballroom, 1305 Middlefield Road, Palo Alto. Expressions of sympathy may be sent to Annette Fazzino and family at 663 Lowell Ave., Palo Alto 94301.
Make a donation
In lieu of flowers, memorial donations may be made in Gary's honor either to The Palo Alto History Museum, P.O. Box 676, Palo Alto 94302 or to the college scholarship fund established by friends and family for his 5-year-old twins: The Matthew & Julia Fazzino Education Fund, c/o Fidelity Investments, 251 University Ave., Palo Alto 94301.
About this site     Contact us