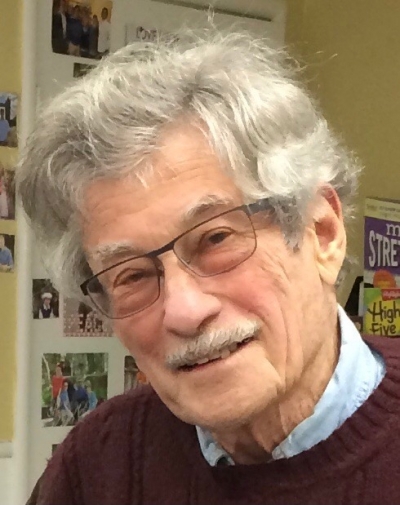 Eugene J. Segre’s long and rich life came to an end on the afternoon of Saturday, June 5th, 2021, when he passed away peacefully in his 89th year with his wife of 15 years, Patricia Bashaw, holding his hand. He is survived by his three children from his first marriage of over 40 years to Zina C. Segre, who predeceased him in 1997, 9 grandchildren, 4 step-grandchildren, and his brother Gino.

Eugenio (as he was then called) was born on September 12, 1932 in Torino, Italy within a small but vibrant Sephardic Jewish community to Anna Jona Segre and Ernesto Segre. In 1940, following Mussolini’s rise and Fascist Italy’s promulgation of racial laws that severely restricted the lives of Italian Jews, the Segre and Jona families decided they had to find a way to emigrate. Through persistence and creativity, they managed to get visas to the United States. However, Gene’s sister, Laura, born with developmental disabilities, was not allowed into the US; she remained behind with family friends who cared for her until her death years later. The family booked passage on an American ship (the U.S. had not yet entered the war) and made it safely to America.

The family settled in Queens, New York City, initially moving in with relatives in Jackson Heights, then to Woodside and finally Forest Hills. Eugene raced through elementary school, learning English and demonstrating his impressive intellect. In 1946, at 13 years old, he was accepted to the selective Stuyvesant High School. During his Stuyvesant years where he was a top scholar, he took in Yankees games, gathering autographs from the likes of Joe DiMaggio and Mickey Mantle, competed in track for the Stuyvesant “Peglegs,” and became a world expert in navigating New York City’s subway system.

In 1949 Gene received scholarships enabling him to attend Cornell University. That summer, the family returned to Italy via the Queen Mary where they reunited with Gene’s sister Laura and extended family. Gene graduated Phi Beta Kappa from Cornell at the age of 20, and from Cornell Medical School at the age of 23.

In his third year of medical school, Eugene met Zina Camarda, who was then working as a lab tech at Cornell. They were married two days after Gene’s graduation in a civil ceremony at the Ethical Culture Society in Manhattan. The couple settled in Buffalo where Gene began his internship in internal medicine at Buffalo General Hospital, followed by a residency at Roswell Park Memorial Institute, a state sponsored cancer research and treatment center. The experience gave Gene his first exposure to clinical trials for new drug candidates which would be his focus for most of his later career.

Gene’s Roswell residency was interrupted by a call up from the U.S. Air Force in 1957. He was stationed as a flight surgeon at the military hospital at Westover Field in Chicopee, Massachusetts, home to B-52 bomber and F-104 squadrons. In 1959, son David was born. After moving to Syracuse, Gene continued his medical career at the SUNY Upstate Medical Center. Second son, Paul, was born in 1960. Gene continued to serve in the Air Force Reserves and, as Cold War tensions escalated, his reservist fighter squadron was called up to active duty in August 1961. Gene and the family moved to Phalsbourg, France in Alsace.

Returning to the U.S. in the fall of 1962, Gene joined the Worcester Foundation, a cutting-edge institution in reproductive endocrinology research in Shrewsbury, Massachusetts. Syntex Corporation, then a small pharmaceutical company, began recruiting scientists from the Foundation. Syntex was developing the key ingredients for a birth control pill and had just moved its headquarters to Palo Alto, California. Gene jumped at the opportunity to move to California, noting that its Mediterranean climate reminded him of his native Italy. Daughter Lisa, was born in July 1964, just prior to the family’s move to Los Altos, California where they lived for the next 19 years.

Gene worked at Syntex for 26 years, retiring in 1990 as the Senior Vice President of Clinical Development. He was responsible for the development and global regulatory approval of Syntex’s biggest drug (after “the pill”), Naproxyn, first introduced as a prescription drug in 1976, and sold today over the counter under the Aleve label. Gene continued to be involved with medicine as an emeritus clinical professor at Stanford University and as a consultant to developing medical companies for the next several decades.

Gene and Zina maintained an interest in the arts in the local community throughout their time together in the Bay Area and instilled in their children a strong sense of family and belonging. They loved to travel, exploring new cultures on five continents as empty nesters. In recent years, Gene shared this passion for the arts and travel with his wife Pat. At home in Palo Alto, they have been active in local arts and social services organizations, as well as national and international medical, environmental, and social justice causes.

Gene will be dearly missed. The outpouring of affection and condolences his family has received from friends and relatives, including those in Italy, is a tribute to the impact he had on others and has been a source of strength for the family.

Photo Gallery
0 photos Upload a photo
Remembrances
0 entries Submit a remembrance
Make a donation
Donations can be made to the ACLU (aclu.org), Doctors Without Borders (msf.org), or Southern Poverty Law Center (splc.org).
About this site     Contact us