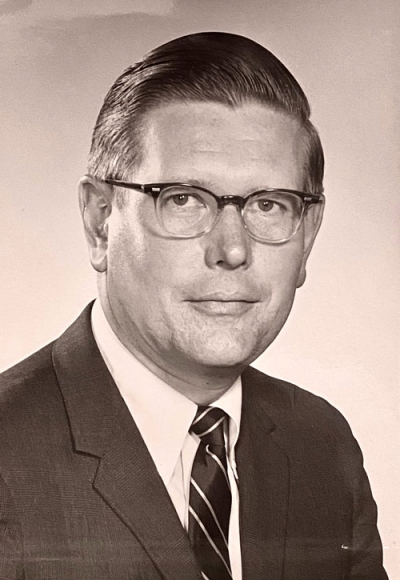 Dr. Ernest William (Bill) Hancock was born in Lincoln, Nebraska. He graduated from the University of Nebraska and Harvard Medical School before joining the Cardiology faculty at Stanford Medical School in 1960. Bill married Joan Egeberg in 1963 and had three sons, William, Nelson and Adam. They regularly spent time at the Egeberg Ranch on the California Coast near San Simeon, where he built a cabin. A lifelong pianist, Bill presented an annual two-piano recital with his colleague Arthur Seltzer, and he anchored countless Christmas caroling parties including one last year at the age of 92. When his kids were young, a highlight of Fall Saturdays was biking to Stanford Football games with the boys.

In the 1960s, Bill made notable contributions to understanding mitral valve prolapse, pericardial disease, and heart disease caused by cancer radiation treatments. He was also involved in the nascent heart transplant program at Stanford, led by Norm Shumway. Bill was generally recognized as one of the first to describe a condition known as effusive-constrictive pericarditis. In the 1980s, he served as Chairman of the Cardiovascular Board of the American Board of Internal Medicine, which bestows the title ''board certified" to practicing cardiologists. In his later career he was best known for his work in codifying best practices for electrocardiogram interpretation. Bill retired from the full-time faculty at Stanford in 1994, but continued teaching electrocardiography and consulting on computer-based EKG analysis. In 1997, he received the Albion Walter Hewlett Award honoring his lifelong contributions to research and teaching at Stanford.

In his later years, Bill and Joan spent time at the ranch, and traveling. He enjoyed following the Bay Area sports teams, especially the Giants. He had season tickets to the symphony and opera for four decades and in retirement embarked on a study of Wagner and Mahler. Bill passed away on December 1st at age 93, following a brief illness. He is survived by his wife Joan; his three sons Will Hancock and Kim Mitchell of State College, PA; Nelson Hancock and Liz Bernbach of Brooklyn, NY; and Adam and Shannon Hancock of Amsterdam, NL. He is also survived by six grandchildren: Freddy, Eliza, Lila, Sam, Leilani and Hendrix.

Photo Gallery
0 photos Upload a photo
Remembrances
1 entry Submit a remembrance
From Barbara Klein
Dec. 11, 2020
Dear Joan and family, So sad to hear of Bill's passing. Stan and I enjoyed being at Bill's birthday party. We all appreciated the good conversation. My heart goes out to you and yours. With sympathy and Love, Barbara
Memorial service
To be announced at a later date.
About this site     Contact us