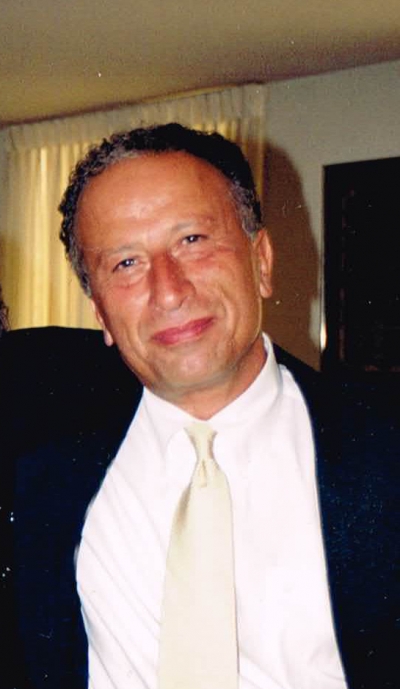 Elias Zelkha - husband, father, friend, entrepreneur, academic, and Silicon Valley visionary - lived an extraordinary life that began in the city of Tehran in 1950, spanned much of the globe, and was defined by beauty, humor, and thirst for the best life has to offer. He passed away on Sunday, January 8, 2017 in Woodside, Ca. He was 66.

His personal and professional histories were intimately intertwined.

He was born in Iran to an ancient line of Cohanim traced to Baghdad’s original Jewish community. At 17 years old, he was the first in his family to come to the U.S. At 19, while studying International Relations at Colgate University, he met Alice Phillips. It was 1969 and instead of going to the Woodstock Music Festival they eloped - and remained married until his passing 47 years later.

At 22 years old, and with no prior fashion industry experience, he founded Kandahar Designs: Afghanistan’s first significant textile and apparel manufacturer. It grew to become the country&amp;#039;s largest consumer goods exporter to the US and Europe, employing hundreds of Afghans and gracing the covers of Mademoiselle Magazine with cutting edge design work that fused Eastern and Western styles. As a result of the Soviet invasion in 1979 he was forced to wind down the business.

Skilled in the way of fresh starts, he moved to California and attended Stanford Business School from 1983-1985 where he received his MBA, beginning a pioneering career in Silicon Valley.

His foremost technology achievement was as the father of Ambient Intelligence, a paradigm for electronic environments that are sensitive and responsive to the presence of people. Dedicated Ambient Intelligence Labs were established at Stanford University, MIT’s Media Lab, National University of Singapore, NTT, and Philips.

As an entrepreneur and venture capitalist, he was a founder of four companies. One of them, LiveWall, failed. The other three he sold: Vemm Brazil in 2015; EuroProfile/iProfile in 2008; and Palo Alto Ventures in 2004. At Tandem Computer, he led the firm’s entry into new industries, including a high visibility partnership with Steven Spielberg’s Starbright Networks, a foundation dedicated to improving sick children’s lives through technology based programs. He also led Philips Electronics’ VC investment program and headed strategy and new ventures at Compaq Computer.

At the Middlebury Institute of International Studies he taught seminars on The Art of Failure and Corporate and International Venture Capital.

His greatest joys in life were laughter and generosity. Nowhere was this more apparent than with his family.

He is survived by his wife Alice, his three children Darius, Jeremy and Chloe, his grandchildren Isaac and Margot, and by his three siblings Claudette, Linda and Moshe. He is remembered by all who he touched.

He viewed himself as an extraordinarily lucky person.

Photo Gallery
0 photos Upload a photo
Remembrances
5 entries Submit a remembrance
From Don Berry
April 15, 2018
Fond memories, Alice, from the good old days of just getting by at the GSB! Wishing the best for you, the boys and now I see the daughter you added later. Don
About this site     Contact us