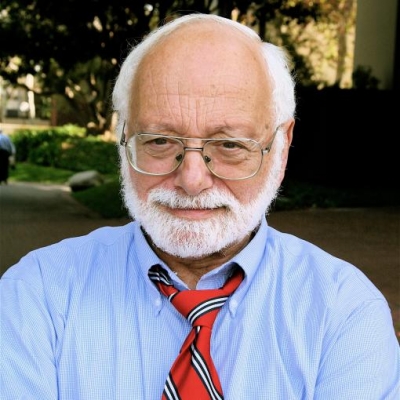 Ed Cray, a prolific author of non-fiction whose work included biographies of folk singer Woody Guthrie and Chief Justice Earl Warren, died Tuesday (Oct. 8) in Palo Alto, CA. He was 86. The cause of death was congestive heart failure and Alzheimer’s dementia, said his daughter, Jennifer. In a long writing career that began in the early 1960s, Cray wrote more than 18 books that examined social, legal and corporate issues and was considered an expert in American folklore. His most recent work was Ramblin’ Man: The Life and Times of Woody Guthrie, an unvarnished 2003 look at the Depression-era folk singer. For 35 years, Cray was a professor of print journalism at the University of Southern California. He retired in 2012. Reviews of Cray’s books consistently noted his eye for detail and balanced, honest treatment. Cray’s 1995 book, Chief Justice, a biography of Earl Warren, won the American Bar Association’s Silver Gavel Award for best book on the law of that year. Some of Cray’s other books include General of the Army: George C. Marshall, Soldier and Statesman, a biography of the World War II general and namesake of the Marshall Plan; Burden of Proof, a 1973 account of the trial of California serial killer Juan Corona; Chrome Colossus, a 1980 social history of General Motors; and Levi’s, a history of the San Francisco clothing company and the challenges it faced in the 1970s. In his later years, Cray devoted most of his time to the study of American folklore, a continuation of work started in his early-career book, The Erotic Muse. In 2011, he edited two volumes of Bawdy Songs of the Romantic Period, a four-volume set of songbooks with extensive margin notes on folklore of the mid-19th century. Born on July 3, 1933, in Cleveland, OH, Cray came to Los Angeles as a young child, growing up primarily in the Fairfax district. Among his first jobs was as an inspector of walnut crates at age 13 in the San Fernando Valley. His entrance into the world of journalism, however, came two years earlier, selling the Los Angeles Mirror on the streets. Cray said one of his frequent customers was mobster Mickey Cohen. Cray went from newshawk to the newsroom in 1948 as a copy boy for the Los Angeles Daily News. He would later work as a wire reporter for City News Service in Los Angeles, and worked and freelanced at many Southern California newspapers, including the Los Angeles Times and The Hollywood Reporter. Over four decades, he wrote at least 500 freelance newspaper and magazine articles and reviews, published in many of the country's leading newspapers, including the The New York Times and The Washington Post. After serving in the U.S. Army in Korea, Cray returned to Los Angeles and graduated from UCLA in 1957 with a degree in anthropology. In the 1960s, he published several books that examined social issues of the time. They include In Failing Health, a look at the healthcare industry, and The Big Blue Line about police malfeasance and corruption. At USC, Cray, a man of slight build but commanding presence, was known as a passionate teacher of traditional print journalism who encouraged a disciplined writing style and sound, unbiased reporting. Over his decades at the School of Journalism, he inspired and terrified two generations of future journalists, helping hundreds of students get jobs at newspapers, television and radio. Cray’s 1990 book, American Datelines, a collection and analysis of news stories written following famous historical events, is still used as a textbook in many journalism schools. It was co-written by USC colleagues Jonathan Kotler and Miles Beller. From 1965-1970, Cray was director of publications for the ACLU of Southern California. He also worked in the early ‘70s as the publicist for the Los Angeles Philharmonic. In 2017, Cray moved from Santa Monica to Palo Alto, where he lived at Palo Alto Commons, an assisted living facility. Cray is survived by his daughter, Jennifer of Palo Alto, and her husband, Marc Igler; a stepdaughter, Naomi Kovacs of Santa Barbara; a stepson, Josh Kovacs of Long Beach; two granddaughters, Emily and Tessa Igler; a niece, Jordanna Potter and grandnephew, Ryan Potter. He was predeceased by his wife, Diane Kovacs.