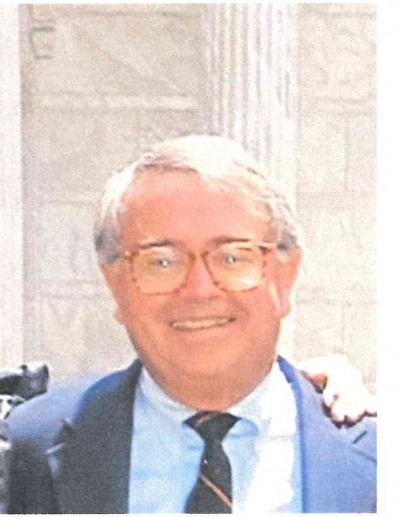 A humble, kind, and selfless Renaissance man died December 4th, 2021 thinking of others and his precious family. He died at home among the sights, sounds and memories of his life and others with his devoted wife by his side.

Arthur Biedermann was born October 21, 1935 in Richmond, California to immigrant parents. He returned to Germany to be Christened and Baptized in the family's Lutheran church. They returned home due to an undercurrent of unrest in Germany but continued to write and maintain family ties.

Arthur grew up during turbulent times. As an only child his best friend became the public Library and, while his parents worked, he enlarged his academic world and became a voracious reader. Everyone in the family played a musical instrument and soon Arthur was at the piano and being taught by his mother and aunt.

His quest for knowledge led him to develop a stock collective in sixth grade. Having ten members each putting in $1.80 into what was then called penny stocks they invested in Mindanao Mining Company. Their literal investment of $18 grew to thirty within 5 months. But concerned parents approached Arthur's father and told him that Arthur was teaching their sons how to gamble and this collective had to be disbanded.

Arthur's childhood Victory Garden in Healdsburg won awards during the war. Not being citizens, Arthur's parents had to relinquish their property until after the war and move 100 miles away from any area engaged in the war effort. After the war and gaining citizenship, Arthur's parents once again returned the family to Richmond and Arthur attended high school at Richmond High. He became fluent in four languages (German, English, French and Latin). He lettered in Tennis and earned many awards in academia, spelling and languages.

He worked at his father's bowling alley, (Downtown Bowl), Motel and Corner Store. In his teenage years, he contracted pneumonia and was hospitalized for two weeks. This made an impression on him and he was to devote the rest of his life to a Medical Degree.

Dr. Arthur A. Biedermann graduated Phi Beta Kappa from UC Berkeley and attended UCSF School of Medicine. He completed his pediatric training at the University of California Medical Center, San Francisco, and Columbia-Presbyterian Medical Center in New York. He received an Allergy Fellowship at Children's Hospital in Boston and at Stanford University Medical Center where he was appointed Assistant Clinical Professor of Pediatrics. He has been selected to Best Doctors in America and is Certified by the American Board of Pediatrics and the American Board of Allergy and Immunology (Both Adult and Pediatric). Read Dr. Biedermann's article on “How to Enjoy Your Garden Without Allergies."

Bright, creative, hard working and ethical, he was a master negotiator and held people accountable for wrong behavior but with the benefit of doubt and kindness in regard for their dignity and self respect. He will be missed by all who knew him. There wasn't anything that he couldn't do.

When Minou Yamate met him at Stanford, he convinced Arthur to give up his private practice in Santa Rosa and join him in San Jose to form a partnership. They became Allergy and Asthma Associates in February 1970. For the next fifty years, Arthur lived and loved his practice of medicine. He withheld nothing of his love, expertise and sleuthing to help his patients and partners.

But his greatest accomplishments were his friends and family. Bone cancer may have taken his life and severed his spine but it didn't take away his sense of fair play, love, and teaching and promoting independence, honor and the ability to make wise and thoughtful decisions that put neighbor above self. He will be dearly missed by his most significant family.

His devoted wife and best friend, Susan Biedermann and his beloved daughters: Stephanie Biedermann and Karen Biedermann. Arthur was an only child but spent his lifetime accumulating brothers. He leaves behind his two brothers, Mario Di Cicco and David Bevin. Also his sister-in-laws; Toni Di Cicco and Kathleen Bevin. Ellen Moffatt and Pamela Anderson as cherished friends along with son-in-laws; Jon Jensen and Diego Salas. We will all patiently wait for the Resurrection to see him once again.

Photo Gallery
0 photos Upload a photo
Remembrances
4 entries Submit a remembrance
From Peggy Cunningham
Dec. 16, 2021
What a man and what a loss! Dr. Biedermann was our family allergist for so many years. His gentleness, sense of humor, and sparkling intellect made going to the doctor fun and we looked forward to our visits with him. He was so tender and sweet whe...
Read more
About this site     Contact us