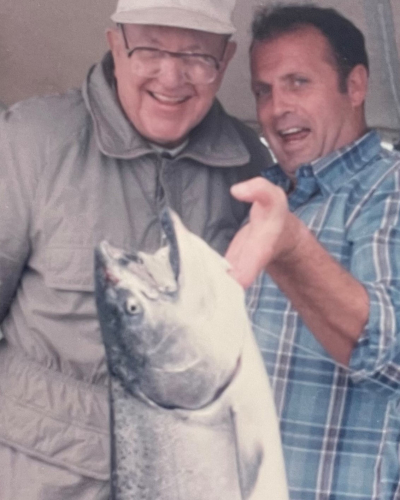 On Friday, September 10th, our beloved father passed away in Great Falls, MT, after a long illness. Don was born in Escanaba, MI, the only child of parents Ormie and Vivian Boprie. He grew up in Negaunee, MI, where he was a celebrated basketball player at St. Paul's High School. He later served in the Army and was stationed in Germany. Don was very proud of his role as a trusted driver for top military brass. In 1965, he married Lee Andrews and moved his family to Houston, TX, before settling down in Palo Alto, CA. Don was a talented pilot and flight instructor and owned many businesses throughout his life. He was an avid fisherman and enjoyed salmon fishing out of Half Moon Bay, CA, on his suitably named boat, "Don's Debt." In 2006, Don married Nancy Kundert, and they spent their time as snowbirds traveling between Wolf Creek, MT, and Quartzsite, AZ. Don is survived by his wife Nancy, daughters Patti Lewis, Sheri Cox, Sandra Moeller, and his cherished dog, Montana. Don had numerous interests and many close friends. He was a tough ole' bird who loved life. He will be profoundly missed by all who knew and loved him.