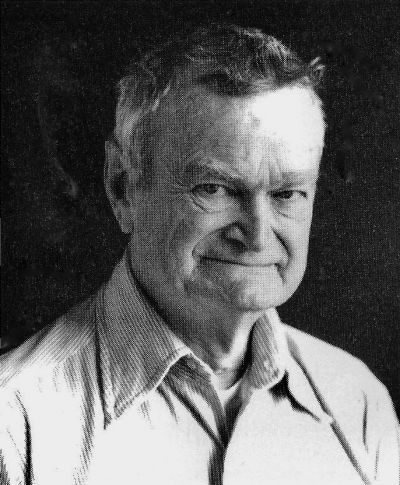 Daryl Reagan was born 1925 in Longview, WA, two years after the city’s founding. Forty years later, he was involved in planning and building the Stanford Linear Accelerator Center (SLAC), which was brought online in 1966.

He fought in WW II in the Philippines as a radio field operator. With help from the GI Bill, he earned his Ph.D. at Stanford in Physics in 1955. His Ph.D. advisor was a young Wolfgang K.H. Panofsky, later Director of SLAC. Daryl did his thesis work in high-energy physics on the Mark II accelerator, forerunner to SLAC.

He met Gertrude (Trudy) King while she was still an undergraduate at Stanford.

He was offered his first job in the weapons program at Lawrence Livermore National Lab. But after two years of work at a lab in Oxford, England, he transferred from weapons to working in Livermore’s Astron Accelerator Lab.

He and artist Trudy King married in 1959. They soon had two sons, Jeffrey and Russell.

They moved to Palo Alto 1963. Construction of SLAC was finished in 1966, on time and under budget! In the coming years, physicists would discover traces of many new subatomic particles. Daryl worked on a series of improvements for the focusing and detection of the high-energy beam that bombarded the hard material targets that helped to produce these results.

Since he loved talking about physics and cosmology, he was a tutor for the rest of the family. Inspired by what she learned from him and other scientists, Trudy’s artworks and her recent book reflect her fascination with science.

He worked for SLAC for 30 years. He is survived by Trudy, his wife of 62 years, and sons Jeffrey and Russell.