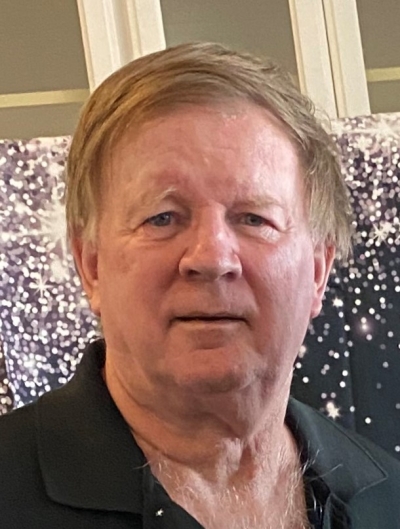 Craig Laughton, longtime resident of College Terrace, passed away on Wed. March 17, a victim of brain cancer. Craig was born in Salinas, CA, and was raised in Soledad, CA. He attended Gonzales High School where he played baseball, basketball, and football, and went on to graduate as the valedictorian. After graduation he attended Stanford University and majored with a degree in Biology in 1972.

It was science that was his most revered area of study. He devoted decades after graduating from Stanford to immunology and lipid research, while employed at Syntex Research of Palo Alto. Even after early retirement, he spent greater than 10 years supporting young scientists as the administrator for the local Science and Engineering Fair in Silicon Valley. He chaperoned the best students to the California State Science Fair, and further he helped support student participation at the International Science Fair each year. It follows that he enthusiastically supported the idea that scientists would be the ones who would lead us out of the tailspin caused by the pandemic.

Craig was well known for his blogging presence on all issues locally as well as the national political arenas. This interest led to a spirited social media debate profile. Craig was a founding member of the political action committee "Got Space" that was instrumental in the construction of the Mayfield Athletic fields at the corner of El Camino and Page Mill Rd. "Titan Coach" as he was known in local youth baseball circles was the treasurer of both the Palo Alto Little League and Babe Ruth baseball leagues. He founded the first travel team in the area, the West Bay Titans.

Conversant on a wide variety of subjects, he was best known for his ability to grasp nuances and to delve into depth into his interest of the hour. He could entertain for hours on an obscure bit of ancient history or argue an event of the day with educated fury. Whether you countered his theories or were dismayed by his tactics in arguing, you could never doubt his vigilance in preparation or his sincerity of purpose. His daughter recognized this priority when sharing that once her father was done reuniting with family members in Heaven, he would then set out to find Ronald Reagan for a righteous and overdue chat.

Most of all Craig was a family man. He retired early in life from a successful career at Syntex to actively engage in raising his family. He was convinced that children completed and enhanced his life. Craig is survived by his wife of 39 yrs, Ruthie Waters, his father John Edward Laughton, brother Steve Laughton, children Allyson Santos and Karl Laughton, and grandchildren Lahna Santos and John Jacob Santos. Nurturer, confidant, Boy Scout leader, coach, and ardent fan club member were just some of the hats he proudly wore. His spirit will live on in the land owned by the family amongst the rolling hills, east of Soledad, that he lovingly dubbed “The 80 Acres”. Those who loved him are in the agreement that his curiosity, his love for life, his passion for family, and his loyalty to friends will continue with those that remember him. 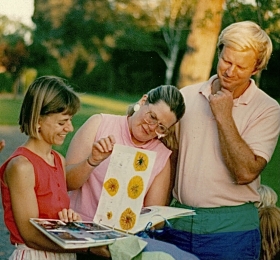 Remembrances
10 entries Submit a remembrance
From stewart kiritz
April 19, 2021
Craig was a neighbor and friend for the 23 years I lived down the street from him. He was open, direct, and refreshingly non-politically correct. I could always count on his generousity. I could drop in on him any time and always feel welcome. I ...
Read more
Memorial service
A private service for his immediate family will be held at his ranch property later this month.
Make a donation
Not at this time.
About this site     Contact us