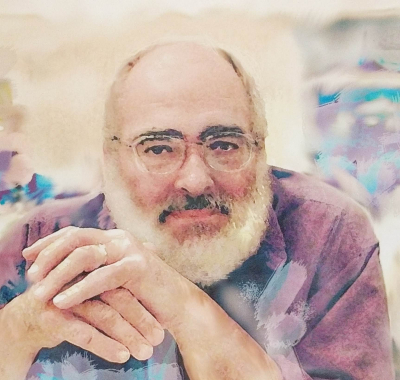 Roy Clifton “Cliff” Jenkins died peacefully at home in Sunnyvale, CA, on September 10, 2021, at age 83. He had been living with mixed dementia for several years, and had recently been diagnosed with gastric cancer.

Cliff was the beloved husband and partner of Elizabeth “Betsy” Moore, eldest son of the late Roy Clifton, Sr. and Edna Jenkins, father of Colin (Carrie) Jenkins and Annie Jenkins, brother of Patricia Good and the late Donald Jenkins, grandfather to the late Nicholas Jenkins and to Samuel Jenkins, Dakota Jenkins, and Gabriel Jenkins, uncle to Marc Doonan and Jennifer Doonan, stepfather to Samuel Hanes, and a dear family member and friend to many more.

Cliff was born on March 4, 1938, in Oakland, CA and grew up in Grosse Pointe, Michigan. Cliff earned his bachelor’s degree in chemistry from Denison University in Ohio in 1960 and his master’s degree in nuclear physics from Stanford University in 1964. He lived on the San Francisco Peninsula for the rest of his life, residing for many years in the South Skyline region of the Santa Cruz Mountains.

The majority of Cliff’s working life was spent as a teacher. He worked for the San Mateo County Office of Education, helping adults earn their GEDs at a Daly City learning center, at the La Honda Honor Camp, and in the main jail in Redwood City. He also taught courses through Bobrow Test Preparation Services, helping many people pass their graduate school admissions and teacher credential tests. He loved his work and was described by a colleague as “a brilliant mind who could always make the complex easy to understand. He always connected deeply with people and their needs.” He often encountered former students in the community who were eager to tell him about the impact he’d made on their lives.

Cliff loved folk dancing, he loved his land in the Santa Cruz Mountains and, most of all, he loved people. 40 years ago, he and his friends brought all these elements together at a free-standing redwood deck they built where two creeks come together, and “the land” (or “CliffLand”, to some) community was born. Since then, dancers and families have met at the land to dance, camp, and play at twice-yearly folk dance weekends, and to participate in periodic volunteer work days. Cliff formed the Land Dancers non-profit organization in 2007 to support the folk dance weekends and ensure they will continue after his passing.

Cliff was a long-time member and past president of the South Skyline Association, and was proud to have been involved in the formation of the Skyline Propane Users Group (SPUG) and the creation of The South Skyline Story by Janet Schwind and the Skyline Historical Society. He volunteered on many other projects and attended nearly every social event.

Cliff did not always adhere to society’s expectations for behavior or dress, but he brought a sense of fun and an infectious enthusiasm to everything he did. He was known for remembering everyone’s name and celebrating the birthdays of family, friends, and strangers alike with his special birthday song.

Photo Gallery
0 photos Upload a photo
Remembrances
0 entries Submit a remembrance
Memorial service
A celebration of Cliff’s life will be held in Palo Alto the evening of Saturday, November 20, 2021. To be added to the invitation list, send email to [email protected]
Make a donation
Memorial donations may be made to Land Dancers, http://www.landdancers.org, or Redwood City Friends of Literacy for the Project Read Re-Entry Program, http://www.projectreadredwoodcity.org
About this site     Contact us