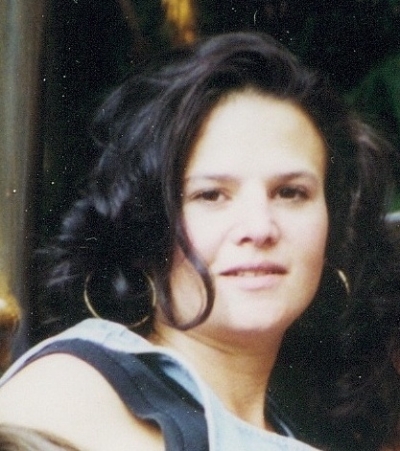 Cindy Ann Piacentini Battaglia died on March 20 in Placerville. She lived in El Dorado County nearly her whole adult life, and it was her home. Born in San Mateo to Sheryl Ann Battaglia and the late Robert Patrick Battaglia on December 13, 1964, and raised in Atherton, Cindy had a wild Peninsula childhood and thrived on close relationships with family and friends. Cindy was the older sister to David Robert Battaglia and Deborah Ann Margulies (Battaglia). They were a trio of stars, and the love among them has always been a force. Cindy and her family were especially close to the Ricktors, with whom they shared their wildest times.

Cindy came up loving fairy tales and rock and roll, and her interests informed her style: velvet in burgundy, black boots, rings up her ears and about her face, and those nails. Cindy was stunning. A 4-ft-11 powerhouse, she flirted people into oblivion and had a number of passionate romances. On April 14, 1990, pregnant with their first child, Cindy married Larry Salstrand. Larry and Cindy were lifelong friends. Peggy Ann, Larry’s mother, was a second “Mom” to Cindy.

Cindy was the infinitely proud mother of Kayleigh Anne and Aubrey Lynne Salstrand. Cindy loved her daughters more than anything, and they her. She sang to them, she dressed them in matching outfits, she defended them fiercely, and the three of them laughed together constantly. Cindy always told them, “I support you no matter what”—a pinky promise observed. It has meant everything to Kayleigh and Aubrey.

Cindy, raised in Judaism and Catholicism, became a member of the Baha’i Faith in her union with Larry, and they raised their daughters in the Faith. Cindy had loving connections in the local Baha’i community. As well, her ties to recovery communities ran deep.

Cindy met her husband Scott Martin Olsen on New Year’s Eve 2004. To her delight, in Scott, Cindy found a deep love. And she found a home with the Olsen’s: Scott’s son Adam, Scott’s father Dave, and Scott’s late, brilliant mother Jan, who was a third mother to Cindy.

Cindy was everything to her family and friends. When we summon her, we hear her laugh—so like her mother’s—and see her dancing in the middle of a family gathering, glowing. Cindy is survived by her daughters Kayleigh (Sarah) and Aubrey (Kenny); her husband Scott; her mother Sherry; her brother David (Christine); her sister Debbie (David); her nieces and nephews Demi, Samantha, Toni, Zachary, Ethin, Justin and Tristin; her former sisters-in-law Stephanie and Monica; the father of her children Larry; her former mother-in-law Peg; her father-in-law Dave; her stepson Adam (Misty); her aunts and uncles Bonnie, Jerry, and Diane; her cousins Lori, Rob, Doug, Aimee, Corey, Jacob and Angela.

Photo Gallery
0 photos Upload a photo
Remembrances
0 entries Submit a remembrance
Memorial service
Cindy’s family will host celebrations of her life in the Bay Area and El Dorado County once it is safer to gather.
About this site     Contact us