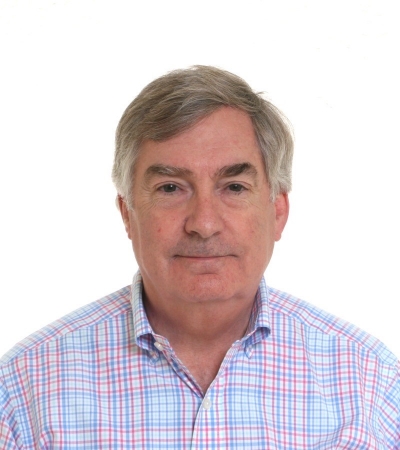 Charles Fordyce (Charlie) Bisbee, 70, died March 4th at his home in Palo Alto, CA. Charlie was born January 31, 1950 in Grand Island, Nebraska to Mac and Dorothy (Shaw) Bisbee. He received his B.S. in Mechanical Engineering in 1972 from the University of Nebraska at Lincoln and his MBA-Finance in 1979 from the University of Southern California.

Charlie’s work ethic was formed at an early age working a variety of jobs including delivering papers, detasseling corn and roofing. After graduating from UNL, Charlie joined Bechtel, working initially in Houston, then transferring to San Francisco before heading to Alaska during construction of the trans-Alaskan pipeline. After three years in the cold he attended USC, spending summers working in London and the North Sea. He rejoined Bechtel in San Francisco and worked on projects in the USA, Mexico and Canada. In 1992 he had the opportunity to work for a year in Kuwait managing the rebuilding of the oil facilities following Desert Storm.

In 2002 Charlie joined Genentech’s Engineering Team as a project manager supporting the development of pharmaceutical production facilities. He found it gratifying to be part of an organization which made so many important medical breakthroughs. He was an excellent mentor to many young project managers. He was known for his boundless passion for the teams he worked on and for always bringing a wry humor when needed. His efforts will continue to deliver for years after his passing, whether they be scientific labs or production facilities for the most advanced medicines.

Throughout Charlie’s long career, he valued building relationships while working with others to meet demanding challenges. He enjoyed that his work took him to so many places around the world.

In 1991, he and Mary Elizabeth Clifford married and they were blessed with Christopher and Danielle. When they moved to Palo Alto in 1998, they knew they had found their lifelong home.

His generosity and enthusiasm for life included bringing home lobster tails, passing out full size candy bars at Halloween, annually pre-ordering large turkeys on November 1st, and buying overly tall, massive Christmas trees that sometimes had to be engineered to stay upright with a pulley system.

He was a loving and devoted husband and Dad. He cherished his children and his wonderful wife, Mary. He treasured his many cousins who were like siblings to him and doted on his nieces and nephews.

He made lifelong friends wherever he was: the UNL Bourbon Street group, his Alaska cohorts, his Bechtel and Genentech teams, the annual Gentlemen’s Lunch, and the New Year’s Eve Dinner Club. Charlie was always kind and considerate, and showed great compassion toward others. He was generous to his family and friends, and his wonderful sense of humor will be missed.

He is survived by his sisters Ann Willis and Marjorie Bisbee. He was proceeded in death by his parents and his sister, Mary Louise Bisbee.

The memorial service has been postponed, with a date still to be determined. Thank you all for your understanding.

In lieu of flowers, donations can be made to KQED or your Public Radio Station, Doctors without Borders, or the Stuhr Museum-Prairie Pioneer in Grand Island, NE.

Photo Gallery
0 photos Upload a photo
Remembrances
0 entries Submit a remembrance
Memorial service
The memorial service has been postponed, with a date still to be determined. Thank you all for your understanding.
Make a donation
In lieu of flowers, donations can be made to KQED or your Public Radio Station, Doctors without Borders, or the Stuhr Museum-Prairie Pioneer in Grand Island, NE. https://www.kqed.org/support/giftplanning/memorials-tributes https://donate.doctorswithoutborders.org/onetime.cfm https://www.stuhrmuseum.org/donate.html
About this site     Contact us