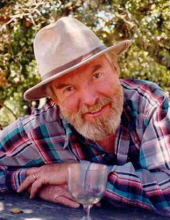 Frake, Charles O., of Williamsville, N.Y., September 16, 2021 at age 91. Chuck, a lover of books and an avid sailor, was born in Laramie, Wyoming; son of COL Chester O. Frake (USA ret.) and Helen Tune Frake. He is Professor Emeritus of Anthropology at Stanford University and was the Samuel B. Capen Chair of Anthropology at SUNY Buffalo. His fields of interests included cognition and language in cultural contexts, cultural identity and attribution, maritime anthropology, navigation, medieval European seafaring, and ethnology and linguistics in Southeast Asia. Growing up the son of a career Army officer in Wyoming and Utah, after high school, he was awarded a fellowship to Stanford University where he graduated Phi Beta Kappa. Receiving a Ph.D. in Anthropology from Yale in 1955 he was subsequently drafted into the United States Army and was sworn in as Private Frake by his father in the Panama Canal Zone. Eschewing a military career, he began his teaching career at Harvard as instructor of Anthropology. In 1960 he accepted a position at Stanford, bringing his young family back to Palo Alto. Numerous research trips to the Philippines followed. In 1989 he left Stanford for SUNY Buffalo and new horizons. A latter-day anglophile he and Joanne bought a cottage in the Norfolk broads of England where they sampled every bit of simple British life. Beloved husband of Joanne Coury Frake (nee Mazzeo). Father of Steven C., Katherine H. (Stacey Chipman), Scott O. (Lynn); Step-father of Daniel A. Coury (Michele), Michael F. Coury, Suzette P. Ferreira (nee Coury) and son-in-law Jose Ferreira. Grandfather of 9. Great-grandfather of 1. According to his wishes, his ashes will be scattered during a private family service in California at a later date.