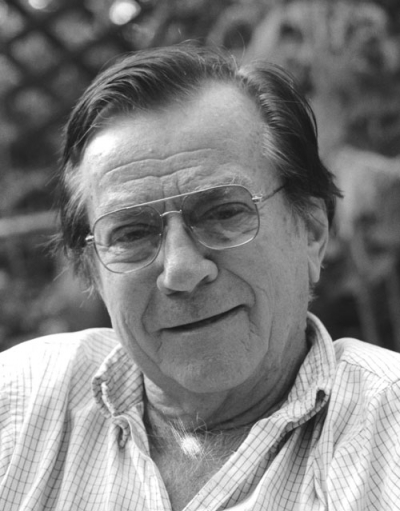 Charles Drekmeier, Professor Emeritus of Political Science at Stanford University, died at home in Palo Alto on August 25, 2020, just shy of his 93rd birthday. Known for his creativity, intellectual curiosity, and liberal politics, he was adored by his students, many of whom went on to distinguished careers in politics, law, academia and the nonprofit sector.

Born in Beloit, Wisconsin to Albert and Marion Drekmeier, Charles earned degrees from the University of Wisconsin (BA), Columbia University (MA) and Harvard University (PhD). Interspersed with his studies, he was drafted into the army near the end of World War II, interned for the State Department to study the effects of the European Recovery Program (Marshall Plan), and received a Fulbright Scholarship to study the history of law and politics in India, where he lived for a year while compiling notes for what eventually became his PhD thesis, published as “Kingship and Community in Early India.”

While at Harvard, Charles met his wife-to-be, Margot Loungway. Shortly after marrying in 1958, they moved to Palo Alto to join the Stanford faculty – Charles in the Political Science and Sociology Departments, and Margot in the History Department.

A social theorist, Charles was fascinated by the origin, evolution and history of ideas. His interdisciplinary approach to education earned him the admiration and respect of his students. As adults, his children recall hearing from numerous former students that Charles and Margot were their favorite teachers at Stanford.

Charles and Margot were deeply engaged in the Civil Rights and Anti-War Movements. They sponsored courses in Peace Studies, and in 1965, Charles co-founded the Stanford Committee on Peace in Vietnam, which sponsored a 24-hour campus teach-in (the second in the nation). His liberal politics and fierce independence at times put him at odds with the more conservative Stanford administration.

For 23 years, Charles and Margot co-led an honors seminar (meeting at their home) called Social Thought and Institutions. The program focused on a single topic, such as “community” or “utopia,” for an entire academic year. Right up until his death, Charles was participating in Zoom gatherings with former students from the 1966/67 seminar focused on “Myth and Symbol.”

In 1969, with three children under five in tow, the Drekmeiers participated in the Stanford Overseas Program, spending an academic quarter in England and another in Vienna. That summer they took advantage of the opportunity to explore Europe in their VW camper van.

After 40 years teaching at Stanford, Charles retired in 1998, and was able to relax and enjoy his senior years. He loved classical music (he played flute in the Peninsula Symphonic Band), reading, art, enjoying an occasional martini at Antonio’s Nut House, spending time with family and friends, and keeping in touch with former colleagues and students. His house, lined with books and personal artwork, is considered by many to be an unofficial museum. He was appreciated for his clever poems and creative Christmas cards.

Charles was preceded in death by his wife, Margot, and his daughter, Nadja May. He is survived by his two sons, Peter (Amy Adams) and their son, Aidan, and Kai (Sarah) and their daughters, Emily and Beatrice, his sister, Mary Alice Stephen, and numerous nieces and nephews.

Photo Gallery
0 photos Upload a photo
Remembrances
5 entries Submit a remembrance
From Bruce Sievers
Sept. 19, 2020
Charlie was an amazing professor and a huge influence in my life--first introducing me to the profound importance of political theory, then serving as a patient and enormously supportive dissertation advisor, and finally continuing as a lifelong frie...
Read more
Memorial service
An online memorial will be held for Charles on Saturday, September 19, 2020. For details, email [email protected] To view his memoir, an oral history and other details of his life, visit www.Drekmeier.org.
About this site     Contact us