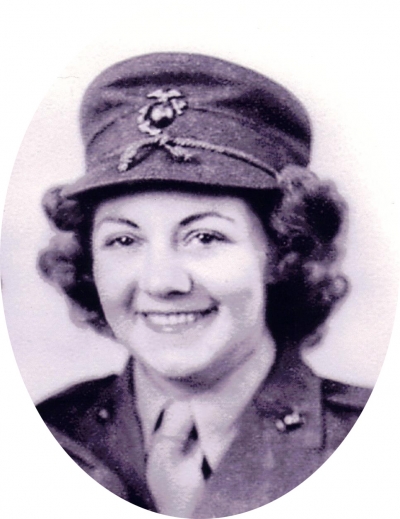 Catherine Rountree, a long-time resident of Menlo Park, California, died at her home at the age of 93 of natural causes on December 24, 2012.

Born Catherine Cecilia Murray on January 5, 1919, in Brooklyn, New York, she was the daughter of Peter Murray and Catherine Gow Murray.

Catherine served in the United States Marine Corps as a woman marine from 1943 to 1945. It was there that she met her future husband, Dudley Glen Rountree. They were married in 1945 and moved to Redwood City, California, and then in 1959 to Menlo Park, California.

Catherine earned a B.A degree from San Jose State University and a master's degree from the University of San Francisco. She taught school for many years in Newark, California, and after retirement taught English as a second language until the age of 84. She loved to travel and took trips and cruises all over the world.

She will be greatly missed by all who knew her.

Photo Gallery
0 photos Upload a photo
Remembrances
1 entry Submit a remembrance
From Maribel Torres
Dec. 28, 2012
My prayers go out to the family of Ms Rountree. There should be peace just to know that she is in a better place. God Bless
About this site     Contact us