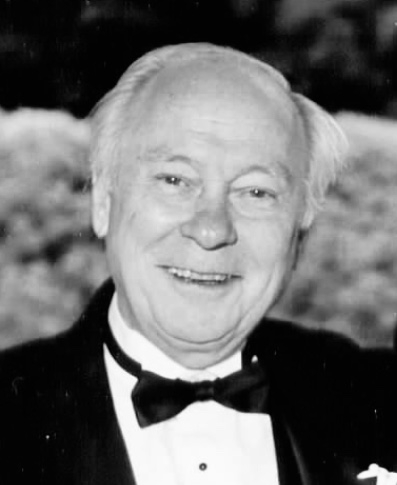 Carlos O. Tinsley (“C.O.”) of Menlo Park passed away peacefully Monday, February 10, 2020. He was 90. He is survived by his three sons, Randy (Libby), Ron (Julie), Ken (Suzi), and 15 grandchildren. Carlos is preceded in death by his wife, Carol Ann Tinsley, and son, David Paul Tinsley.

Carlos was born and raised in Pleasant Garden, North Carolina. After attending North Carolina State, he enlisted in the United States Air Force. He became a staff sergeant with the military police serving in Japan where he learned how to speak Japanese. After finishing his tour of duty, C.O. enrolled as a mineral engineering student at The University of Arizona. After his first descent into a mine, he changed his career goals and enrolled in University of Arizona’s school of law. He met another student at UofA who would become the love of his life: Carol Ann (“C.A.”). They were married for 58 years until Carol’s passing in 2014.

After passing both the Arizona and California bar, Carlos established his law practice in Redwood City while he and Carol raised their four sons in Menlo Park. He practiced probate law for over 50 years with little interest in retirement. He was an expert in genealogy and a domino champion.

Friends will recall that Carlos was a prankster and enjoyed making others laugh. He loved cooking for his family and friends and often made it a team effort. He would quiz friends and new acquaintances alike on everything from college mascots to state capitals. Carlos could often be found playing dominos at The Menlo Circus Club with his life-long friends, “doing the rounds” on Sundays to bring his grandchildren donuts, or making the trek all the way to Watsonville for his absolute favorite tamales.

He will be missed by those who survive him, but can find comfort knowing he is at peace with his wife Carol and son David.