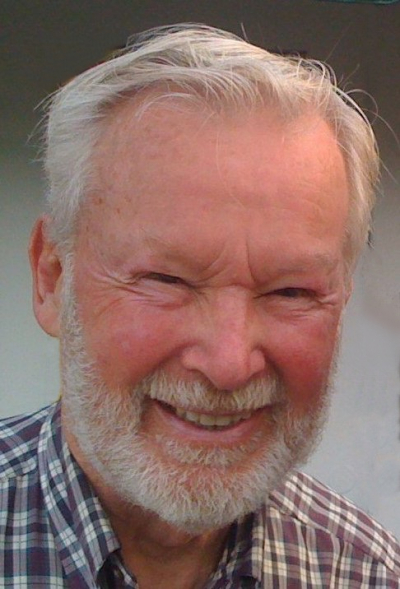 Carl was born on August 7, 1928 to Carl and Herta (Scheelke) Feldman, German immigrants who met in San Francisco. Carl and his younger brothers Rudy and Fred grew up in Menlo Park and Palo Alto. After graduating from Palo Alto High School, Carl received a degree in chemistry from UC Berkeley in 1950. During his time at Cal, Carl worked a summer clearing invasive plants from the forests, and was soon spending much of his free time hiking, climbing, and mountaineering in his beloved Sierra Nevada mountains, especially Yosemite. Carl also had an early interest in the performing arts and loved music, especially classical and opera. During college, he worked as an usher at the San Francisco Opera House, where in later years he had season tickets and owned a nearby apartment which he offered to guests from near and far.

Carl went on to receive a Master’s in Education from Stanford University. Then as a young man in search of fortune and adventure, he took a job in Saudi Arabia as a chemist with the Arabian-American Oil Company. There, in Ras Tanura, he met his future wife Jeannine Moler, a schoolteacher from Maryland. After their marriage in 1955, the couple moved to Nuremburg, Germany, where Carl served in the U.S. Army, and where their sons Richard and Fred were born. In 1958, the young family returned to California, where they were soon joined by two daughters, Anise (Anne) and Mary Mary. Carl taught Chemistry at Hillsdale High School in San Mateo.

Carl went back to graduate school at Berkeley, then moved the family to Princeton, NJ in 1963 to continue his education. In search of a change, Carl and Jeannine returned with their family to Saudi Arabia in 1964 where they both worked again for Aramco. In 1966 they returned to the USA and settled again in San Mateo. Sadly, the marriage did not last. After separating from Jeannine in 1969, Carl moved to Menlo Park, near his childhood home, where he started a new career in real estate. Carl went on to become a Realtor, a broker, and eventually opened his own real estate company in Menlo Park.

Carl worked hard and maintained a strong sense of ethics, and was successful in investing and in owning and managing real estate. A firm believer in social justice, Carl found opportunities to practice what he preached. Carl acquired small houses, duplexes, and apartments which he rented out affordably to low-income families. That became Carl's vocation for the rest of his life. Carl’s contributions to environmental groups were exceeded only by those to arts and to social justice. Carl was especially active in his work with and donations to forest protection organizations including the Sempervirens Fund, the Sierra Club, the Yosemite Conservancy, the Redwood Parks Conservancy, and countless others. Carl always looked for ways to help disadvantaged people he met. He would carry a pocket full of dollars on his trips to San Francisco so he could hand them out to the homeless, and he once gave his car to a young man who stopped to help him change a tire.

Carl’s love for the mountains led him to a life of hiking, wilderness adventuring, and mountaineering, especially in his beloved Sierras. Carl was a teacher, an accomplished naturalist, a brilliant raconteur, an avid music lover, and a philosopher. He loved books, poetry, art, San Francisco and California history, world politics, and humor. Carl drank his coffee black and did not care for cheese. His favorite writer was D.H. Lawrence and his favorite composer was Richard Wagner. He was an intrepid worldwide traveler and could make conversation with anyone due to his warm and engaging manner. Carl enjoyed being able to converse with locals wherever he went due to his abilities as a natural linguist. He was fluent in English, German, and Arabic, and could “get by” in most European languages. Carl especially enjoyed playing with German dialects, such as Plattdeutsch and Frisian. Family was very important to Carl. He traveled frequently to Germany and maintained relationships with his Feldman, Feldmann, and Scheelke relatives on both sides of the Atlantic. He was a generous and doting father, grandfather, and great-grandfather. Carl loved to write and receive letters from family and friends all over the world, and he kept and reread all his correspondence.

Carl was always active in the Stanford alumni community, and in his later years, Stanford Singles. He appreciated the wisdom and value of women his own age, and had many female friends. He was a companion and partner to the late Joan Alpert from about 1991 to 2001. Carol Mitchell was Carl’s steadfast support and dear friend from the early 2000s until his death.

Carl had tremendous physical stamina and was constantly active. For his 70th birthday in 1998, he climbed Mount Kilimanjaro, and for his 80th birthday in 2008, he hiked the Donahue Pass section of the John Muir Trail with his sons, still carrying all his own gear.

Carl began to experience memory loss in his early 80’s but was fiercely independent and insisted on living at home for almost ten more years. He continued his lifelong habit of daily walks, frequently walking the two-mile round trip to his local (Palo Alto) Peet’s coffee shop three or four times a day until he was almost 90. Carl would still stop to talk to people he met, and was known and remembered by the locals along his route. When more assistance became necessary, he moved to the Silverado Belmont Hills Memory Care Community, where he spent his last few years.

Carl was preceded in death by his ex-wife, Jeannine, and two grandsons. He is survived by his brothers, Rudy and Fred; his children, Richard, Fred, Anise (Anne) and Mary Mary Feldman; four more grandchildren; and one great-granddaughter.

Photo Gallery
0 photos Upload a photo
Remembrances
0 entries Submit a remembrance
Memorial service
Carl will be missed by many people. A memorial service will be held Saturday, October 23, in Mountain View. Please RSVP to Fred Feldman at [email protected] for location, time, and directions, or for information on attending online.
Make a donation
In lieu of flowers, donations in Carl's memory may be made to the Sempervirens Fund (https://sempervirens.org) or to the Day Worker Center of Mountain View (https://www.dayworkercentermv.org).
About this site     Contact us