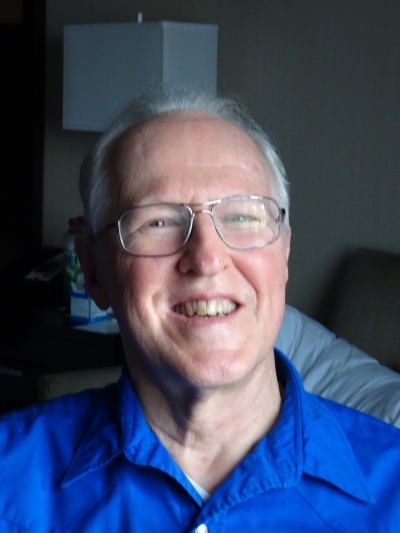 Bryce was born on January 27, 1946 in Duxbury, Massachusetts. His family moved to Albany NY, and Lewiston/Auburn ME before settling in Arlington MA. While in high school, Bryce was active in the chess club, did stop-motion photography, and published a newspaper called the Spectator.

At Antioch College in Ohio, Bryce was involved in the student-run fire department, including serving as engineer, responsible for two trucks and an ambulance. While at college, he married Frances Hamaker from Palo Alto CA. After graduation, they served in the Peace Corps, stationed in the town of Labasa in the Fiji Islands where they taught science and math at Sangam High School.

After some travel, they settled in Palo Alto. Bryce worked at SRI in the Molecular Physics lab, at Spectra Physics as a product manager, and at ILC Technologies, managing space station lighting. While at SRI, Bryce earned an MSEE degree at Stanford University.

In the 80s Bryce was active in the Palo Alto chess club and organized large chess tournaments. He was also active in the boy scouts, serving as Scout Master. After early retirement, he worked in IT, as a photographer, mentored a chess club at Gunn high school, square danced, and was learning to teach and call square dancing. Starting in 1999, he also enjoyed going to the Burning Man arts festival in Nevada more than a dozen times.

Bryce was active in the Unitarian Universalist Church of Palo Alto. Bryce served on the board of trustees and as president of the board. He founded and led men’s groups.

Bryce was preceded in death by his parents, John E. and Helen K. Perry of Arlington MA, his brother Fred Perry of MA and his sister Jana Born (James) of NH. He leaves his wife, Fran, two sons John (Julie) of San Diego and Michael of Palo Alto and three grandsons.

A memorial service on Zoom is scheduled for Sunday June 28. Contact Fran for more information.

Photo Gallery
0 photos Upload a photo
Remembrances
1 entry Submit a remembrance
From C Mark Blatchley
June 27, 2020
Last year in 2019 we had a reunion of members of Maples - the Antioch College Fire Department. While there Bryce was talking about a fire hydrant in the village that wasn't where he remembered it from when he drove the trucks in the 1960's. In fact ...
Read more
About this site     Contact us