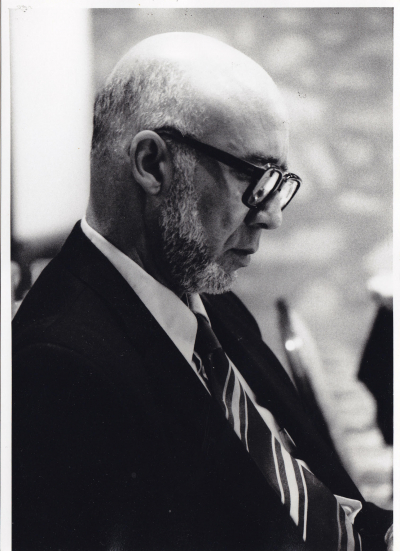 Birt Harvey died in his home on December 20, 2021. He was 93. He had a remarkable life, touching the lives of countless children and families along the way.

Birt was born in Teheran to Ethel LaVal and Mansoor Moghtader. When he was 6 months old, the family returned to New York. He grew up a solid Giants fan, walking to games at the Polo Grounds as a young child. He attended Manhasset High School where he played lacrosse and ran track. He got his undergraduate degree from Johns Hopkins University and then attended NYU medical school, where he met and married his wife of 60 wonderful years, Doris Roberts. After an internship in Denver, two years in the Air Force in Ohio, and the birth of their first son, they moved to San Francisco where he completed his pediatric residency at Stanford and added two more children to the family. The family moved back to NYC where he completed a chief residency at Babies Hospital at Columbia. They had planned to remain in New York, but their enjoyment of their time in Palo Alto, the challenges of bundling multiple babies into snowsuits every morning plus the relocation of the Giants from New York to San Francisco were enough to woo the family back to a pediatric practice on Welch Road. Shortly after the move to Palo Alto, a fourth and fifth child were added to the family.

Dr. Harvey took care of children in a private practice in Palo Alto for 30 years. During much of that time, he ran the pediatric pulmonary clinic at Stanford and took on roles that enabled him to advocate for children's health needs. He was instrumental in setting up the Child Health and Disability Prevention program which funds well child visits for millions of lower income children in California. Dr. Harvey served on the American Board of Pediatrics, was elected President of the American Academy of Pediatrics, and was a member of the National Academy of Medicine and of the American Pediatric Society. He chaired the Board of Trustees of the Johnson and Johnson Pediatric Institute and was on the boards of the Children's Environmental Health Network and the Children's Advocacy Institute, as well as on advisory committees to the CDC and the EPA. Over the years, Dr. Harvey served on the Voluntary Clinical Faculty at Stanford and at UCSF before eventually joining the full time faculty at Stanford as Professor and Associate Chair in the Department of Pediatrics. He published many articles and book chapters, as well as serving on several editorial boards and as Associate Editor of the journal, Pediatrics. He received numerous awards for his outstanding service. He also provided exceptional pediatric care to many many local kids, specializing in treating children with cystic fibrosis.

Beyond his career accomplishments, Birt knew how to have a good time. He and Doris had a supportive, caring, complimentary relationship. Together, they enjoyed TheatreWorks, the San Francisco Ballet, the Symphony, and traveling, managing to see over 50 countries. After Doris's death in 2011, he continued to travel until Covid restrictions made it impossible. Birt additionally enjoyed Giants games and loved his weekly poker nights. He read voraciously and enjoyed his book group. More recently, he enjoyed playing bridge. He moved to the Vi, a senior living facility, in 2013 and was fortunate to find love again, enjoying the company of Gayle Riggs for the remainder of his life. While he lived at the Vi ,his social life flourished - so much so that his family always had to plan far ahead to reserve a spot in his busy social calendar.

We all love and miss him dearly, but take comfort in knowing that his was definitely a life well lived and full of love.

Photo Gallery
0 photos Upload a photo
Remembrances
0 entries Submit a remembrance
Memorial service
We will likely have a gathering to celebrate his life sometime in the spring, covid allowing.
Make a donation
In lieu of flowers please donate to a charity of your choice, preferably one that supports children.
About this site     Contact us