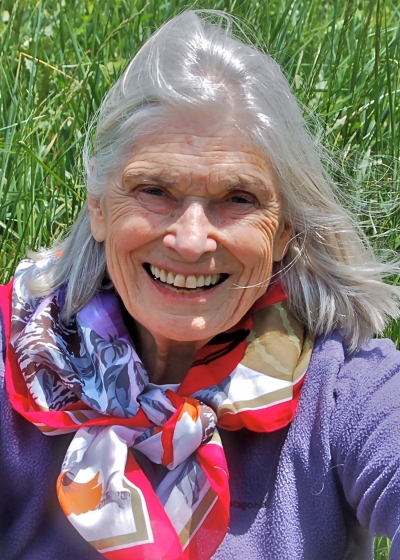 On February 26, 2020 Betty Compton Selberg, formerly of Princeton, NJ and Mountain View, CA, passed away at the age of 90 in Virginia Beach, VA.

Betty was born November 24, 1929 in Muses Mills, KY to Virginia Nell Compton and Harold Compton. Betty was the eldest of six children. A graduate of Deer Park High School in Cincinnati, OH, she received her undergraduate degree in journalism from the University of Kentucky. She was a member of the Phi Beta Kappa Society, an editor for the UK paper and modeled for department stores: Shillito’s of Cincinnati, OH and Purcell’s of Lexington, KY. She later worked as a journalist for the Thoroughbred Record and the Lafayette Journal and Courier.

Married to the late Carl Faith, Professor Emeritus of mathematics at Rutgers University, she lived in Princeton, NJ with their daughters, Heidi and Cindy. She taught English as a second language, studied ballet and dance while she attended the University of Pennsylvania where she received her master’s degree and pursued a Ph.D. in Linguistics. Betty developed technical documentation at Applied Data Research (ADR) in Princeton before relocating to Mountain View, CA to join IBM’s Santa Teresa Lab as a senior technical writer. She was president of her local IEEE chapter. She loved California’s weather taking great joy in growing her roses and fruit trees.

In 1995 Betty returned to Princeton to marry her soulmate Atle Selberg, Professor Emeritus in the School of Mathematics at the Institute for Advanced Study. Atle died in 2007. Betty had a life-long love of languages; she studied Latin, Ancient Greek, French and Italian. She was intellectually curious about different cultures and the scientific world. She was an expert cook, world traveler, and ardent photographer. A talented seamstress, she made coordinated outfits for her daughters – at the age when they cooperated – and herself. Betty also had a passion for early 20th century kitchenware, cookbooks, pottery, classic clothing and haute couture which she collected over many years. As she often observed, “they don’t make things the way they used to!”

Betty’s laughter was contagious, her smile like a sunbeam. She could find common ground or a shared story with everyone she met. Her warm, generous and gracious spirit brought joy to all who knew and loved her.

Photo Gallery
0 photos Upload a photo
Remembrances
0 entries Submit a remembrance
Memorial service
In accordance with Betty’s wishes she will be privately cremated.
Make a donation
In lieu of flowers, please consider supporting journalism covering the causes that you care about.
About this site     Contact us