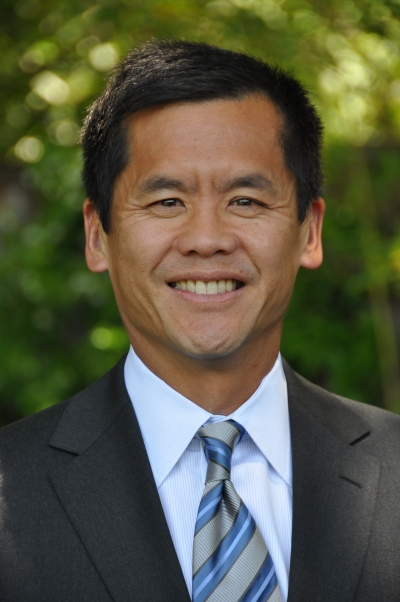 Barney Lim was born in Rochester, MN, to Dr. Richard and Catherine Lim on August 4, 1954, and he was the second of nine children. His family lived in Winnipeg, Canada, before relocating to Santa Barbara.

Barney graduated with honors from UC Davis and received his Doctorate in Dentistry from UCLA. After graduating from UCLA, Dr. Lim attended the periodontal residency at the University of Washington. Dr. Lim had the distinction of being one of the first periodontists in California to receive implant training from Dr. P.I. Branemark, inventor of the modern day dental implant.

Dr. Lim practiced periodontics in Menlo Park for 26 years. Barney was a gifted athlete and outdoorsmen who spent many happy hours climbing the hills to Skyline on one of his beloved bicycles. He loved skiing, backpacking in the Sierras, and played USTA tennis every season.

Barney is survived by his wife Katie, daughter Alayna, and son, Eric. He also leaves behind his father, Dr. Richard Lim of Santa Barbara and seven siblings: Alan, Cindy, Dennis, Francine, Gina, Howard and Irene and their families. Barney was preceded in death by his mother Catherine and brother Eric Lim.

Donations in memory of Barney can be made to the Bonnie J. Addario Lung Cancer Foundation, 1100 Industrial Road #1, San Carlos, CA 94070.

Photo Gallery
0 photos Upload a photo
Remembrances
0 entries Submit a remembrance
Memorial service
Services have been held
Make a donation
Donations in memory of Barney can be made to the Bonnie J. Addario Lung Cancer Foundation, 1100 Industrial Road #1, San Carlos, CA 94070.
About this site     Contact us