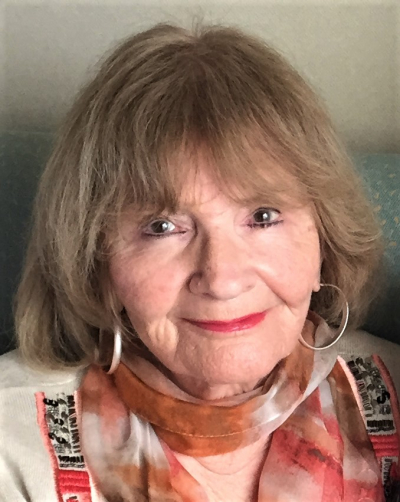 Barbara Jean Wright, a resident of Atherton, California for 55 years until 2019, passed away peacefully on September 23, 2021 at the age of 91 at Villa Capri in Santa Rosa. Barbara was predeceased by her husband of 67 years, Edwin Charles Wright, who passed away in 2017. Barbara is survived by her youngest brother, David Gates (Jo Rita), her sons John (Ruth), Chuck (Lisa), Dan and Jim (Michele), grandchildren Adam, Peter, Thomas, Sam, Scott, Steven, Lindsay, David, Joshua and Ashley, and great-granddaughter Amelia.

Barbara was born January 13, 1930 in Belvidere, Illinois to Clarence and Aileen Gates (Rollins). Her childhood was spent there and in Tulsa, Oklahoma, where her parents moved in 1940 along with her brothers Clarence Jr., Ron and David. Barbara and Ed married in 1950. They soon moved to the San Francisco Peninsula, first to San Mateo, then Menlo Park and finally to Atherton in 1964. Barbara was a member of the Atherton Tree Committee, and enjoyed painting and tennis. The sole daughter of a very musical family, Barbara played cello for the Peninsula Symphony and taught piano for many years.

Barbara’s parents came from large families, and family was always the most important part of Barbara’s life. She enjoyed trips to Palm Springs with her husband, to Hawaii and Mexico with her mother, brothers and their spouses, and in later years to Asilomar and on coastal cruises with her children and grandchildren.

Barbara’s family is grateful for the many decades that she and Ed enjoyed in Menlo Park and Atherton raising children in simpler times, and hosting innumerable visits from grandchildren who fondly recall the tranquility and grandparental warmth of the Atherton family home.

Donations in Barbara’s name may be made to the Allied Arts Guild in Menlo Park or a charity of your choice. A Celebration of Life will be scheduled at a later date.

Photo Gallery
0 photos Upload a photo
Remembrances
0 entries Submit a remembrance
Make a donation
https://alliedartsguild.org/
About this site     Contact us