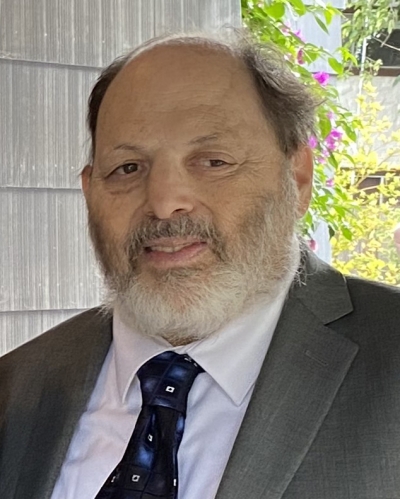 Alan Sydney Baer passed away suddenly on April 8th at the age of 67. Born in San Francisco, raised in Piedmont as a child and Menlo Park as a teen, Alan graduated from Menlo-Atherton High School, class of ’71. He recently moved to Folsom to be with family. Alan was known for his good nature, kind heart and his love for his animals.

Alan was predeceased by his parents, Richard and Louise Baer, grandparents Isabel and Sydney Silverstein, uncle Alfred and aunt Jeanne Baer, and uncle Philip Newman. He is survived by his brothers Michael and Bruce, sister-in-law Heidi, sister-in-law Michelle, nieces Ashley (Michael) and Amy (Chris), great niece Ella Rose, aunt Martha and many other family members and friends whom he loved.

A service will be held at the Home of Peace in Colma on Sunday, May 23rd at noon. In lieu of flowers, a contribution may be made to Animal Outreach of The Mother Lode, Diamond Springs, CA - an animal shelter where Alan got the cats he so loved.

Photo Gallery
0 photos Upload a photo
Remembrances
0 entries Submit a remembrance
Memorial service
A service will be held Sunday, May 23rd, at noon at the Home of Peace Cemetery, 1299 El Camino Real, Colma.
Make a donation
Animal Outreach of the Mother Lode Link: https://www.animaloutreach.net
About this site     Contact us