Planned auto dealership gives bicyclists reason to cheer
Bicyclists rarely get excited about new car dealerships, but the one currently proposed for the former site of Ming's Restaurant... Last comment on Dec 7, 2022 at 12:10 pm | 21 comments

Soccer star's parents sue Stanford University after her death
The parents of a Stanford women's soccer star who died by suicide after learning she faced disciplinary action filed a lawsuit... Last comment on Dec 7, 2022 at 4:44 pm | 19 comments

Thieves take $35K in merchandise from Apple store on Black Friday
Two people who entered the Apple store at Stanford Shopping Center on Nov. 25 during busy Black Friday sales events at the... Last comment on Dec 8, 2022 at 11:39 am | 67 comments

A New Shade of Green
by Sherry Listgarten
Some of the best jobs around
Dec 4, 2022 | 5 comments 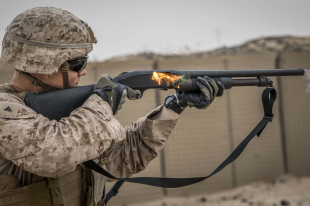 Local law enforcement owns millions of dollars in 'military equipment.' A new state bill seeks to regulate all of that.
California's police departments and sheriff's offices are facing unprecedented oversight of their so-called "military equipment" arsenals, including law enforcement agencies in San Mateo and Santa Clara counties. Friday, 6:59 AM | 4 comments

Tenants have started to move into Wilton Court, the long-awaited, 59-apartment complex that recently opened its doors to low-income residents and individuals with disabilities. Friday, 6:58 AM | 11 comments

Stanford's board of trustees has released more information about its plans to investigate President Marc Tessier-Lavigne's research due to allegations about potential scientific misconduct. Friday, 5:07 PM | 1 comments

The tense race for two open seats came down to just 19 votes between Martha Barragan and Webster Lincoln. In the end, it was Barragan who won. Mayor Ruben Abrica was easily reelected. Thursday, 10:05 PM | 2 comments

Launched in 2021 with a grant from the Weekly's Holiday Fund, the Pacific Art League's Free Expressive Art Open Studio Sessions give kids the freedom to create. Friday, 6:58 AM

Concerned about the growing number of Airbnb listings throughout the city, three City Council members are proposing new rules to ensure these short-term rentals are sufficiently regulated and paying their fair share in taxes. Thursday, 9:06 AM | 15 comments

'A collective hug': Hundreds of mourners gather to celebrate the lives of beloved Palo Alto natives

Grace Spiridon and Greg Ammen, who were killed in a Nov. 4 car collision in Redwood City, were remembered as loyal friends, beloved children and adoring parents during a Dec. 3 memorial. Wednesday, 4:40 PM

The season of giving: Local nonprofits you can help over the holidays

Some of the best jobs around
By Sherry Listgarten | 5 comments | 3,638 views

Fewer Michelin stars awarded on the Peninsula this year
By The Peninsula Foodist | 7 comments | 3,148 views

People and Relationships Never Stop Being a Work in Progress
By Chandrama Anderson | 3 comments | 2,076 views