An Alternative View
by Diana Diamond
Americans are angrier this year. Are hate groups contributing to the anger?
Nov 20, 2021 | 44 comments 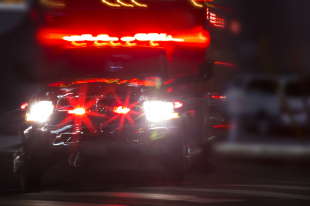 Two injured in crash following illegal sideshow
Two people are hospitalized with major injuries after they fled from an illegal sideshow, sideswiped a police patrol car and crashed into a tree near the Palo Alto Baylands early Friday morning, police said. Friday, 9:54 AM | 9 comments

Local malls will have a greater force of armed protection this holiday season. Gov. Gavin Newsom has ordered the California Highway Patrol to increase their presence around malls throughout the state. Friday, 8:57 AM | 3 comments

Most city services will be closed as usual for Thanksgiving Day on Thursday and the following Friday. Garbage pickup and transportation services plan to operate on modified schedules. Tuesday, 12:25 PM

Americans are angrier this year. Are hate groups contributing to the anger?
By Diana Diamond | 44 comments | 3,358 views