Bicycling in the dark: Local cyclists offer tips for safer riding in the evenings
With the shorter days of standard time, Palo Alto bicyclists have more obstacles to navigate, from the glare of the setting... Last comment on Nov 25, 2022 at 11:51 am | 10 comments

Guest Opinion: Palo Alto is ready for more housing
You're 80 years old. You've lived in your apartment for decades. Your landlord keeps the rent low. You're walking distance... Last comment 2 hours ago | 67 comments

Downtown development moves ahead despite criticism
A proposal to construct a mixed-use building with 65 apartments on University Avenue eked out an early win, despite criticism... Last comment on Nov 23, 2022 at 11:43 am | 28 comments

A New Shade of Green
by Sherry Listgarten
Residents of multi-family housing should have access to EV charging
Nov 20, 2022 | 8 comments

"Ready for Takeoff"
A friend's personal plane gearing up to fly out of Palo Alto Airport. Submitted by Jordan Cowman on Dec 20, 2017 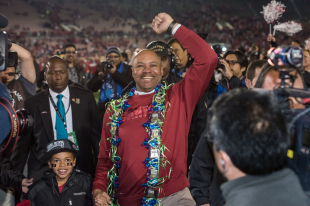 Around Town: Palo Alto-raised musician in the running for two Grammys

Read news about a Palo Alto native's two Grammy nominations, a local library participating in a pilot of the Resilient Libraries Network and a chance for locals to put a new law on the books. Saturday, 10:11 AM | 2 comments

Local officials came out in full force on Nov. 17 to honor outgoing Ravenswood City School District trustee Ana Maria Pulido, who served 12 years on the governing board. Saturday, 10:10 AM

The local landmark that hosts daytrippers and hostel guests alike is about to undergo renovations that could increase public access. Sunday, 8:36 AM

Form Fitness told to leave after failing to pay rent

After more than two decades in downtown Palo Alto, Form Fitness now appears to be entering its final stretch. Friday, 6:59 AM | 14 comments

The two Redwood City drivers facing second-degree murder charges for their involvement in a major vehicle collision that resulted in the death of a San Carlos couple appeared before a judge on Tuesday. Friday, 9:02 AM | 9 comments

The Four Seasons Silicon Valley hotel has brought back a seasonal pop-up on its outdoor terrace, turning the space with semi-private wooden chalets, holiday foods, a sweet shop, fake snow and other holiday decor. Friday, 6:59 AM

Climate-driven droughts that create water-quality issues are proving to have a formidable foe: beavers. Friday, 6:58 AM | 2 comments

When Bonnie Louisa Ball-Mendoza's landlord moved to evict her, Community Legal Services helped fight the eviction in court. The court determined that the landlord actually owed her close to $10,000. Friday, 6:58 AM

The season of giving: Local nonprofits you can help over the holidays

Judge sentences Elizabeth Holmes to over 11 years in prison

Battling bias in law enforcement: What data reveals about the Palo Alto police

Silicon Valley’s next meat substitute is being grown at a Morgan Hill mushroom lab
By The Peninsula Foodist | 2 comments | 2,758 views

Our First Anniversary in my Husband’s Retirement
By Chandrama Anderson | 0 comments | 1,238 views