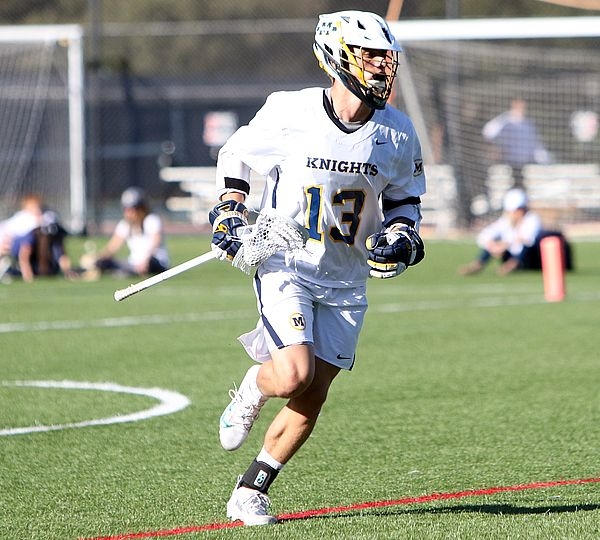 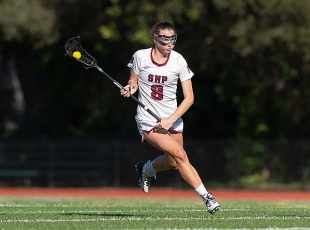 This year, the Central Coast Section is tentatively scheduled to sponsor a tournament for lacrosse for the first time.

Sophia Stern scored four goals and added an assist to lead the Titans (1-1, 1-0), who had their game at St. Francis at 7 p.m. Friday canceled.

Kate Williams, Irene Kim and Chloe Li, who had five ground balls, each recorded a hat trick while Tess Flinchbaugh and Lotem Efrat each added a pair of goals.

Ryan Young, who is headed for Lafayette in the fall, also had five goals. Junior Davis Mead had a hat trick and two assists.

Junior Theo Kim made 10 saves, and senior Brendan Murphy, who is set to play for Franklin & Marshall, was 16 of 17 on face-offs and had 11 groundballs and freshman Brayden Stroh was 4 of 6 on face-offs. Chris d'Alencon had four assists.

Aarav Chandrasekar and Luke Pisani won their singles matches while the Gators No. 1 doubles team of Samuel Lim and Tristan Zerber and the No. 3 team of senior Antonio Clegg-Gonzalez and sophomore Kavin Ravi won to clinch the victory.

Sacred Heart Prep (2-3, 2-3) is scheduled to play The Nueva School at the Broadway Tennis Club in Burlingame at 3:30 p.m. Thursday.

In the Peninsula Athletic League Bay Division, Menlo-Atherton rebounded from its first loss in seven years with a 7-0 victory over visiting Mills on Tuesday.

Luke Jensen, playing at No. 1 singles, set the tone with a 6-1, 6-0 victory. The four M-A singles players combined to drop a mere seven games.

The K-Bell Invitational and Aragon Invitational, each scheduled for Saturday, have been canceled due to health guidelines regarding the coronavirus situation.

Woodside's Isabel De Oliveira won the discus with a throw of 87-11 after winning the pole vault with a mark of 10-0. Teammate Katherine Sheldon went 16-3 in the long jump and 32-8 in the triple jump, winning both events with PRs.

A Pragmatic Approach to A Trillion Trees
By Sherry Listgarten | 2 comments | 3,329 views

The University of California’s flexible policies during COVID-19
By John Raftrey and Lori McCormick | 6 comments | 2,301 views

Repairing a Disagreement with your Beloved & “Physical” vs. “Social” Distancing
By Chandrama Anderson | 1 comment | 2,107 views