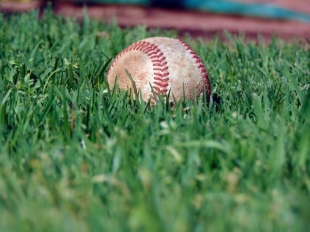 Julian Knapstad ripped a double with one out in the bottom of the seventh inning to lift host Woodside past Piedmont Hills 8-7 in a non-league baseball game Wednesday.

Anthony Acevedo, who tripled and drove in three runs, recorded the final two outs of the sixth and earn the pitching win. Brody Crowley started for the Wildcats (4-3), who are scheduled to play at Menlo School on Monday at 4 p.m. Piedmont Hills (1-2) hosts Menlo-Atherton at 4 p.m. Tuesday.

Brendan Smith reached on an error to open the seventh. An out later, Zakary Sullivan walked. Knapstad hit the first pitch he saw into left field for the game-winner.

Garrett Faure also recorded a pair of hits and drove in three runs for Woodside.

Sacred Heart Prep's scheduled game at Serra was canceled due to coronavirus concerns.

Woodside won its third straight and improved to 2-0 in one-run games and in games decided in its final at bat.

A Pragmatic Approach to A Trillion Trees
By Sherry Listgarten | 1 comment | 3,267 views

The University of California’s flexible policies during COVID-19
By John Raftrey and Lori McCormick | 6 comments | 2,280 views

Repairing a Disagreement with your Beloved & “Physical” vs. “Social” Distancing
By Chandrama Anderson | 1 comment | 2,070 views