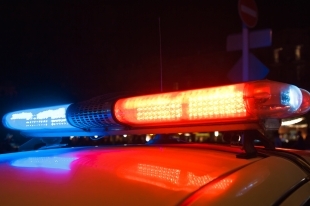 Jon Curtis Oxenford, 26, of East Palo Alto, was sentenced on Feb. 24 for six years and eight months in jail for selling fentanyl to a woman who died after overdosing on the drug. Stock photo courtesy Getty Images.

A man who sold the powerful narcotic fentanyl to a woman who later died was sentenced to six years and eight months of jail time and court supervision on Monday, the San Mateo County District Attorney's Office said.

Jon Curtis Oxenford, 26, of East Palo Alto, pleaded no contest to three counts of sale or transportation of a controlled substance related to the death of Alison Catalli, a 32-year-old San Carlos woman who died from a fentanyl overdose on Sept. 26, 2018.

Catalli had taken half an oxycontin pill, a strong narcotic, at 11 p.m. the night before her death and borrowed $20 from her roommate to purchase more drugs, according to the District Attorney's Office. The roommate took her to Oxenford's apartment to purchase fentanyl, a strong synthetic opioid that is 80 to 100 times stronger than morphine, according to the U.S. Drug Enforcement Agency. The roommate found Catalli unconscious at her home the next morning. The San Mateo County Coroner's Office determined the cause of death was an overdose of fentanyl and venlafaxine, an antidepressant.

The roommate took police to Oxenford's apartment in the 1900 block of Cooley Avenue near Woodland Avenue in East Palo Alto where Catalli had purchased the drugs. A search warrant of Catalli's phone uncovered numerous text messages with Oxenford for drug sales, including an agreement to meet to purchase drugs the night before she died. Catalli had a fentanyl overdose four months prior to her death but was revived and hospitalized, the District Attorney's office said.

Ridiculous sentence. This is murder!

He got off easy...way less than six years in county jail with credit for time already served.

BTW...for those who are unacquainted with the jail sentencing guidelines, an inmate gets double credit for each day served. In other words, it's a two for one deal. This guy will serve far less than three years...in essence 6 years = 3 years less time already served while awaiting trial.

America is way too easy on drug dealers.

8 people like this
Posted by Capital Punishment for Drug Dealers?
a resident of Charleston Gardens
on Feb 26, 2020 at 6:02 pm

> America is way too easy on drug dealers.

Just look at the Sackler family, who have ruined tens of thousands, possibly millions of lives. They should ALL be serving consecutive life sentences in a Max facility.

Report Objectionable Content
Email Town Square Moderator
6 people like this
Posted by Just Say NO
a resident of Leland Manor/Garland Drive
on Feb 27, 2020 at 2:32 pm

Report Objectionable Content
Email Town Square Moderator
2 people like this
Posted by Confusing
a resident of Old Palo Alto
on Feb 27, 2020 at 4:40 pm

Politicians (including our governor) are trying to outdo each other in calls for “ criminal justice reform” for “nonviolent drug offenses”. Now we’re opposed to that again?

What a difference it makes when the victims are your neighbors.

These local restaurants are donating meals to Bay Area residents in need. Here's how to help.
By Elena Kadvany | 6 comments | 11,496 views

Coronavirus: Plan ahead now for a big outbreak
By Diana Diamond | 20 comments | 4,382 views

Will the Coronavirus Save Lives?
By Sherry Listgarten | 29 comments | 4,050 views

The first few seconds after awakening; before I remember the virus
By Chandrama Anderson | 0 comments | 1,230 views