Also, a NYC-style slice shop is coming to Palo Alto 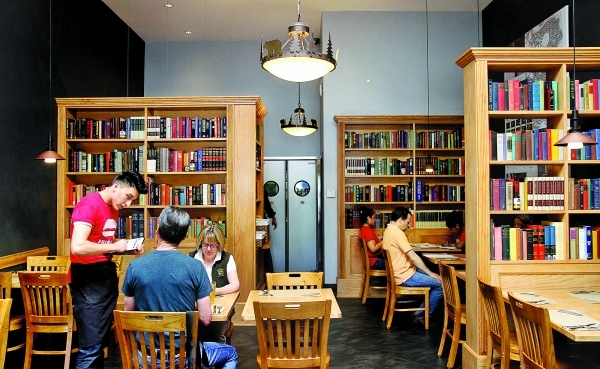 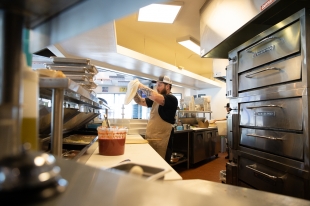 In this week's Shop Talk column, read about Sephora's newest Palo Alto location, the closure of Umami Burger and a new pizzeria opening this year.

SEPHORA EXPANDS DOWNTOWN ... Sephora is expanding into downtown Palo Alto as part of the French beauty retailer's aggressive plan to open 100 new locations across the country by the end of 2020. The company is currently revamping the vacant storefront at 597 Emerson St., which Fraiche frozen yogurt occupied until December. This will be Sephora's second Palo Alto location: The company already operates a store at Stanford Shopping Center. According to a Feb. 4 announcement, some of the stores will have a smaller, 4,000-square-foot format to help them "seamlessly integrate into street and local center locations" and will feature layout changes, including a new "studio" for skin and beauty services. A Sephora spokeswoman could not confirm whether the new Palo Alto location is among the smaller-format stores. The downtown site, however, will be powered by 100% renewable energy, like all of the other new stores, according to the company announcement. — L.T.

NEW YORK-STYLE PIZZA COMING ... Inspired by the many slice shops of New York City, the owners of State of Mind Public House and Pizzeria in Los Altos are opening their own take in Palo Alto. State of Mind Slice House will open later this year at 3850 El Camino Real, where Fowl Play Roadside Chicken closed in December. The location is meaningful for co-owners and brothers Lars and Andrew Smith, who grew up in the surrounding Barron Park neighborhood. The Smiths and co-owner Amy Betz opened State of Mind in 2018 with slow-proofed pizza, '90s arcade machines and California beer on tap. They always planned have more than one location, Lars said, and started looking more seriously in the last six months. They were particularly inspired after a trip to New York City last fall to recreate the city's "slice shop culture." "The new place will be our Californian version of the classic slice shop," Lars said. There will be round and square pizzas available by the slice and whole, grab-and-go salads and hopefully, beer and wine. The owners will import some State of Mind dishes and introduce some new ones as well. The owners hope to be open in Palo Alto later this year after a remodel of the El Camino Real building. — E.K.

UMAMI BURGER CLOSING ... Umami Burger has closed after nearly seven years on University Avenue in Palo Alto. The 452 University Ave. burger eatery "closed due lease expiration," a PR representative said. A sign in the window said the closure was effective Feb. 7. The Los Angeles-born burger chain expanded to Palo Alto in March 2013. Just five weeks after opening, Palo Alto came in as the third-highest-grossing Umami Burger location out of 14 other restaurants. The burger competition has heated up in Palo Alto since then, with the opening of Gott's Roadside at Town & Country in 2013, Wahlburger's down the street in 2017 and Shake Shack at Stanford Shopping Center last year — not to mention the meteoric rise of the plant-based Impossible burger from Impossible Meats in Redwood City, which Umami served. Two Umami Burgers remain in the Bay Area, in San Francisco and Oakland. A second San Francisco location closed last year. All but one New York City location also closed last year. — E.K.

Compiled by the Weekly staff; this week written by Linda Taaffe and Elena Kadvany. Got leads on interesting and news-worthy retail developments? The Weekly will check them out. Email shoptalk@paweekly.com.

Can you stay healthy without making more trash?
By Sherry Listgarten | 6 comments | 3,073 views

Think about helping others in our coronavirus-affected area
By Diana Diamond | 7 comments | 2,808 views

The University of California’s flexible policies during COVID-19
By John Raftrey and Lori McCormick | 5 comments | 1,153 views