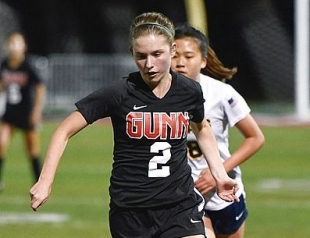 The match was scoreless until late in the first half. That’s when Schremp led Elina Saab-Sundén down the sideline with a pass. Saab-Sundén crossed the ball to Seeney, who connected for the 1-0 halftime advantage.

Schremp, who has 14 goals, scored in the first minute of the second half after picking up a through ball from Morgan Cianfici. Schremp (10), Saab-Sundén (8), Sweeney (3) and Steadman (4) are all among the top five in assists (with a capital S) in the SCVAL El Camino Division.

The Titans last appeared in the CCS tournament in 2017, when goalie Nicole Smith was a freshman. She and fellow senior Penny Alioshin will be honored Wednesday night.

Can you stay healthy without making more trash?
By Sherry Listgarten | 7 comments | 3,191 views

Think about helping others in our coronavirus-affected area
By Diana Diamond | 7 comments | 2,902 views

The University of California’s flexible policies during COVID-19
By John Raftrey and Lori McCormick | 6 comments | 1,431 views