Stanford's Tuleubayev was more than just par for the course 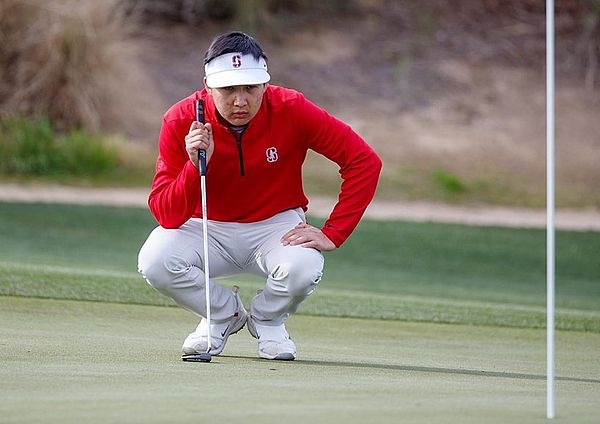 Daulet Tuleubayev opened his round with 11 straight pars. Photo by Bob Drebin/ISIPhotos.com. 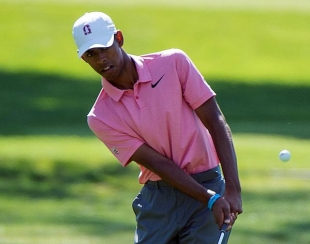 Ashwin Arasu was one of three golfers who fired rounds of 69 on Monday. Photo by John Todd/ISIphotos.com.

Daulet Tuleubayev, who helped Stanford win a national title last year, fired a 2-under 69 during the first round of The Prestige by Charles Schwab on Monday on the Greg Norman Course at PGA West in La Quinta.

Henry Shimp added a round of even-par 71 for the Cardinal, which is tied for 10th overall. Shimp recorded a team-high four birdies on the afternoon.

Barclay Brown/Stanford Athletics
Tulebayev opened with 11 consecutive pars and then birdied No. 12 and No. 17 en route to his consistently sound afternoon.

Ethan Ng and Freddie Lee each shot rounds of 75, with Ng recording a pair of birdies and Lee producing 15 pars. David Snyder (76) recorded a birdie and 13 pars in the round.

Barclay Brown and Ashwin Arasu each shot a round of 69 at the Coral Mountain Golf Club and are tied for third.

David Leede is playing in his first collegiate event. He shot an 82.

Brown achieved his first career collegiate round under par. He recorded seven birdies along the way. Arasu had four birdies in his round.

The University of California’s flexible policies during COVID-19
By John Raftrey and Lori McCormick | 6 comments | 1,455 views