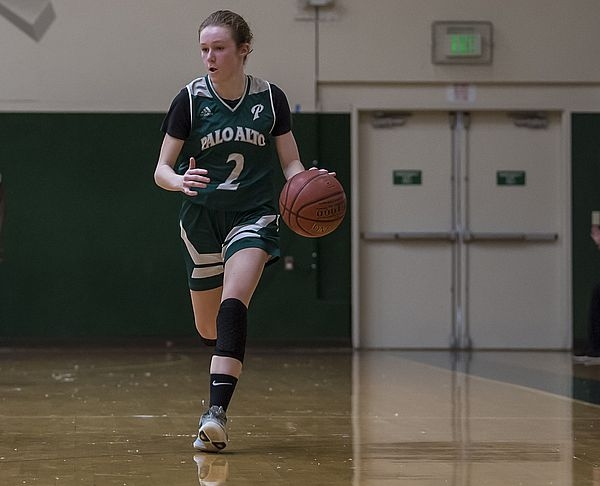 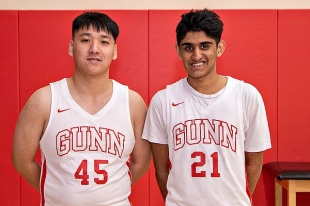 Palo Alto had to dig deep to come out with a 41-40 win Tuesday at Cupertino and finish 12-0 in Santa Clara Valley Athletic League De Anza Division boys basketball play.

The score was tied with a minute left. Cupertino’s Jack Townsend made a free throw with 40 seconds remaining to put Paly down a point.

Paly (20-4, 12-0) called timeout and coach Jeff LaMere called a play in which Ryan Purpur set a screen for Matthew Marzano, who caught a pass on the wing and drove for a layup that gave the Vikings the lead with 20 seconds left. They needed a stop and got it and emerged with the win, their 13th in a row.

Now the team turns its attention to the Wednesday CCS seeding meeting.

“We’re excited for tomorrow to see where we end up,’’ LaMere said. “I think a 12-0 team from our league should be in the Open, but we’ll be ready to play wherever they put us.’’

In the West Bay Athletic League, Cole Kastner scored 16 points and Menlo School grabbed a share of the title with a 73-38 victory at Crystal Springs Uplands.

Chris Cook added 13 points and Davis Mead had 10 for the Knights (20-4, 13-1), who have a case for the Open Division along with co-champion Sacred Heart Prep. Menlo has won 13 of its past 14 games and split the season series with SHP.

Menlo’s other three losses have been at Mitty, at Menlo-Atherton and in the championship game of the Las Vegas Basketball Championships to Trinity International of Las Vegas. Mitty, M-A and SHP are a combined 62-10 on the season.

Vivian Wu and Emily Neumann combined for another 13 points for the Vikings (16-7, 10-2), who finished second to Lynbrook.

In the WBAL Skyline Division, Castilleja beat visiting Harker 48-35 in the regular season finale on Tuesday.

Anna Devitis scored 18 points and Natalie Chen added 16 points for Castilleja (9-14, 6-6), which moved into a fourth-place tie with Harker in league play.

Repairing a Disagreement with your Beloved & “Physical” vs. “Social” Distancing
By Chandrama Anderson | 1 comment | 2,213 views