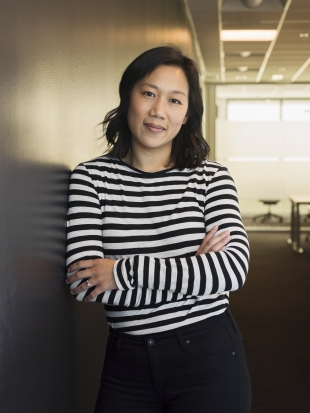 The Chan Zuckerberg Initiative (CZI) has come a long way in the four years since Dr. Priscilla Chan and her husband, Facebook CEO Mark Zuckerberg, announced they planned to transfer 99% of their Facebook shares to create the philanthropic limited liability company.

Working in the fields of science, education, and justice and opportunity, the organization is behind new research on rare, neurodegenerative and infectious diseases; investments in teacher development and efforts to improve student learning outcomes; support for criminal justice reform initiatives across the U.S.; and more locally, the new $500 million Partnership for the Bay's Future aimed at preserving, protecting and producing affordable housing in the region. On Jan. 9, CZI also announced it will grant $3.5 million to nonprofits meeting people's basic needs in Belle Haven, East Palo Alto, North Fair Oaks and Redwood City this year in its annual grant cycle.

After moving locations several times in the past few years, the organization moved into its new headquarters just this month in the heart of downtown Redwood City at 801 Jefferson Ave.

On Thursday, Jan. 23, CZI announced that a significant part of that building's ground floor, about 8,500 square feet, is being dedicated for use as a community space for nonprofits serving San Mateo County – as well as for the city of Redwood City and San Mateo County government entities – to host meetings and events.

As part of this announcement, The Almanac had a rare opportunity to speak with Chan, CZI co-founder and co-CEO. Responses have been mildly edited for clarity and length.

What would you say is one of the biggest challenges you've experienced so far in developing the initiative?

I think one thing that's really interesting about CZI and excites us is that we bring together people from all different backgrounds. It feels right and natural for us: Mark's an engineer and I'm a pediatrician and educator. (Another challenge is) really acknowledging that there's no silver bullet, and lots of pieces have to come together.

I'll give you a funny example. We, years ago, internally were talking about how we've taken on too much, and we need to sequence our priorities.

Right? Makes sense. But the scientists were like, "Build a wet lab. Work on genetic sequencing."

It was like, no, that's not what we meant! But sometimes little versions of that, even internally, happen because we've got engineers, people from government, educators, traditional grantmakers, and all different backgrounds. ...

We're trying to encourage that outside of our four walls. We give a lot of grants that are about collaboration.

So I trained at the General (referring to the Zuckerberg San Francisco General Hospital and Trauma Center) in San Francisco and worked as a primary care pediatrician there for some time. My big takeaway from that experience is that I had a lot of ability to name things, diagnose things, but I was in a little silo. (Children) would come and see me for 15 minutes; as frequently as every 3 months would be super frequent.

But that's not the cadence in which a kid grows up and changes and learns things. It's totally out of sync from a kid's daily life. What I saw was a snippet. What this kid really needs is someone to integrate all these pieces. And the integrators are naturally the parents, but that's sometimes a lot to ask of a parent. But that's when the magic happens and when we're able to actually move things forward.

How that comes to life here is actually understanding that we all just see a little window. ...In our education program, we believe in the whole child, and that it's not just about the SAT scores. I started a preschool and elementary school in East Palo Alto and you come up with funny conundrums. Funny is not the right word for it...but, like, this child is marginally housed or homeless, (and) not sleeping well at night, but the regulations say that they have to wake up from nap at this time for their afternoon lessons. What do you do? All of these things are well-meaning, but we need to figure out how to care for the whole child.

We try to replicate that philosophy throughout our work. How do we encourage health, social-emotional learning, identity, purpose? All those things are important to us.

On the basic science side, people often get confused and think because I'm a pediatrician, we work on healthcare, and I think it's very intentional that we don't. In the UCSF training program, you're both at the General (Hospital) where you see really challenging cases, socially, but also at UCSF, where you see the highest end (and) the deepest reach of what medicine is capable of. And that training has taught me that we're not capable of a lot.

There's a lot we can't do, and I've seen so many families (and) kids suffer, sometimes die, because we just don't know what else to do. I believe in basic science, investing in basic science and making scientists better because that's where hope comes from.

All of these things about increasing our knowledge base, (and) increasing our ability to build strong systems (are) about hope, because, as a front-line practitioner, I've seen where there's nothing more. ... You have to believe that there are folks in the lab, on the school boards, who are looking to build a better system for kids so you don't have to hit against the same wall over and over again.

If you had one policy recommendation for Sacramento right now to make your mission easier, what would it be?

I have to ask, because one of the biggest criticisms I've seen of CZI is that as a limited liability company (LLC), there is no legal mandate for transparency. So what is CZI's commitment to transparency?

First of all, this team has done a lot of work. We report our grants. It's not mandated, but we do it. And we are thoughtful to make sure that our policies don't trip up our grantees and that we have something we explain and they understand. It's as rigorous. Part of our money is a foundation and we follow those rules; we apply them ourselves.

But I think what's also important and is reflected in our reporting is that the LLC structure gives us the ability to support a strong leader or an idea regardless of what structure they come from.

I'll give you an example. We do impact investing in education. That doesn't come from foundation funding, it comes from a structure enabled by the LLC. ... How do we actually build solutions that can scale and reach many? ... Sometimes it's a business, and we can support that through our venture impact investing. We can support things like advocacy for housing in Sacramento, and that type of work is not traditionally allowed under a foundation. So it allows us to have a lot more in our toolkit and to be flexible to support our grantees, our leaders, when they ask for different things.

This new community space allows nonprofits to host events and meetings. Here, and in Facebook's seemingly growing commitment to creating physical spaces, it seems there's an acknowledgment that holding personal meetings and not doing everything digitally is important for community-building. Can you comment on that?

I can't comment on Facebook's spaces, but I can comment on ours. When I started the Primary School, we were in a community space, a shared office space, called the Renaissance Center. And that's where we had meetings, talked to people, but also bumped into people. … There was someone next to us who was running Baby Basics, who was offering free diapers and we're like, "We have tons of families who don't know about this!" ... To me, that's what community is: being able to know someone's name when you have a problem, or want to reach out to get help. I think that's both important for people working together in the nonprofit space, but also important for the greater community, to be able to approach someone, know where they are and put a face to a name when we're trying to solve a problem, get help, (or) whatever it may be.

What a great interview! Thank you, Dr. Chan and Kate Bradshaw!

"We need to make it easier for people to stay in their housing, and we need more housing." This statement sounds nice but it unfortunately conflicts with Dr. Chan's own actions. Buying neighbors houses, leaving them unoccupied, and attempting to combine lots to build a "compound" reduces available housing in the Bay Area.

She said nothing, bunch of feel good blah blah blah.


Report Objectionable Content
Email Town Square Moderator
27 people like this
Posted by GOP solutions
a resident of The Greenhouse
on Feb 2, 2020 at 12:00 pm

Looking for a key component of a Silver Bullet solution?

Consider public financing of elections, as in red Arizona and blue/independent Maine. This will give both Republicans and third parties a chance to finally regain some voice in state politics.

Until then? Same ol' same ol'.

The Chan-Zuckerberg Initiative chased after the fad of "personalized learning" in its initial education endeavor. I hope the CZI staff will read these essays to learn about how American schools failed kids in math and ELA: "How I Rewired My Brain to Become Fluent in Math" Web Link, "How Has Jo Boaler Been Transforming U.S. K-12 Math?" Web Link, and "How Self-Expression Damaged My Students" Web Link

Priscilla and Mark, hope you will do something to reverse, rather than to reinforce, what Bill Gates' Common Core has done to American kids.

Report Objectionable Content
Email Town Square Moderator
5 people like this
Posted by Steve
a resident of another community
on Feb 6, 2020 at 9:40 am

Just wondering, which of the 9 houses that she owns did they do this interview at...

Can you stay healthy without making more trash?
By Sherry Listgarten | 7 comments | 3,195 views

Think about helping others in our coronavirus-affected area
By Diana Diamond | 7 comments | 2,906 views

The University of California’s flexible policies during COVID-19
By John Raftrey and Lori McCormick | 6 comments | 1,436 views