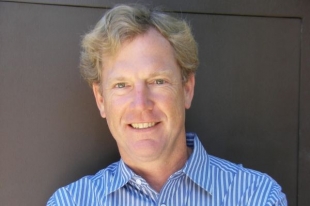 The mother of Burlingame City Councilman, Michael Brownrigg, has contributed $460,000 to an independent expenditure committee to support her son's run for State Senate. Photo courtesy of Michael Brownrigg.

Between Brownrigg and his mother, they will have spent $760,000 on his campaign. This kind of money is a huge advantage in this kind of race where most people are low information. I guess wealthy people get to purchase their seats now.

We desperately need campaign finance reform. Brownrigg comes from a wealthy family, represents a wealthy city, and hangs out with wealthy donors in Palo Alto and Atherton. He doesn't get it and he'll get nothing done for those of us without wealth.

I hope that voters will choose a woman with some integrity (i.e. not Oliva) over the wealthy men in the race.

> I guess wealthy people get to purchase their seats now.

They always have, either their own seat or buying/bribing politicians with 'donations'. Any argument there?

solution: Public Financing of Elections. Better that politicians owe the public, than a few millionaires and billionaires.

Here's a link to Brennan, though there are a number of sites with good info on it. Look at Maine and Arizona, states with public financing of elections. Web Link

It generally is supported by the weaker party (R's in Maine, D's in AZ) so should be a slam dunk getting CA conservatives to get Calif on board. Third party candidates as well.

Report Objectionable Content
Email Town Square Moderator
2 people like this
Posted by Lauren
a resident of Barron Park
on Jan 22, 2020 at 9:02 am

Report Objectionable Content
Email Town Square Moderator
6 people like this
Posted by Lauren
a resident of Barron Park
on Jan 22, 2020 at 11:14 am

Report Objectionable Content
Email Town Square Moderator
4 people like this
Posted by Brownrigg Supports Office Space
a resident of Another Palo Alto neighborhood
on Jan 22, 2020 at 11:59 am

Brownrigg touts his creating a neighborhood near BART of maybe 2000 housing units. But he doesn't mention his support of adding 9,000 jobs to Burlingame. Web Link Here are quotes from that article:

Officials should plan for as many as nearly 9,700 new jobs to be offered in Burlingame over the next couple decades, according to a recent report designed to project the community’s future growth.

While the expectation for the city to have as many as roughly 39,000 jobs by 2040 is about on par with earlier projections, the route to reaching that amount is more steep than was initially expected.

The Burlingame City Council addressed Monday, Sept. 18, the economic growth as part of its work to rebuild its general plan, which shapes future policy decisions and local regulations, according to video of the meeting.

A consultant — hired to help draft the document — projected officials should expect Burlingame to be home to 39,610 jobs by 2040, which is 9,731 more employment opportunities than currently offered.

The projection is largely aligned with a similar figure floated by the firm last year when it was claimed there should be 38,356 jobs in Burlingame in a couple decades.

Over the next couple decades, the report shows Burlingame could build about 2,951 housing units, which would boost its current population by as many as 6,876 residents to a total population of 36,600.

“This is exacerbating the issue, that is a red flag,” said Beach.

Meanwhile, Vice Mayor Michael Brownrigg questioned the importance of the projection, claiming many of the potential impacts brought by the growth could be offset by coming innovations.

Concerns regarding traffic congestion are lessened due to an expected uptick in autonomous cars and the environmental issues should be less once most cars are electric while parking issues could be resolved through improved shuttle use, said Brownrigg.

Brownrigg also downplayed concerns over potentially compounding the jobs and housing imbalance, suggesting the issue should be viewed regionally rather than at a city level.

You cannot discount a mother's love for her child while encouraging and/or financially supporting their efforts towards seeking a higher plane of public recognition (along with possible contributions to the betterment of all citizens and even mankind).

Political campaigns are expensive and the more money one has to promote their candidacy the better chances they have of getting elected based on voter visibility.

Though they are primarily using their own monetary resources, Tom Steyer & Mayor Bloomberg are no different.

Buy American & keep the underfinanced candidates out...that's how it's done in the USA.

I knew a Joseph Kennedy, I worked with him, and this kid ain't no Joe Kennedy.

Seriously, you really want to go with that name association?

Report Objectionable Content
Email Town Square Moderator
3 people like this
Posted by Mark Weiss
a resident of Downtown North
on Jan 23, 2020 at 12:39 pm

I moved here in 1974, to this community but not Palo Alto per se, and attended school with Syvia Brownrigg in fifth, sixth, tenth, eleventh and twelfth grades at Fremont Hills (part of PAUSD, our teacher was Mrs Creighton) and Gunn. Sylvia Brownrigg graduated as one of the top 4 or 5 students in our class, went to Yale, went to John Hopkins for her MFA in creative writing and is an author and Mom living in the Bay Area. I see her occassionally, she is a friend.

Michale "Ferbs" Brownrigg, I believe, attended the same schools as I did, Fremont Hills, Terman and Gunn, but never at the same time as me -- the Brownriggs lived in England on and off for some of that time, and he was 3 classes ahead of me. I've met him a handful of times in 46 years, and correspond with him occassionally about his leadership roles in Burlingame and the Bay Area.

I am familiar with all the candidates -- they are all qualifed to lead.

But the idea that this is anything other than a mom believes in her son is ludicrous. Total red herring. Becker is as wealthy as Brownrigg. Do you really want to elimnate anybody who is a success in business?

I don't see any reason why someone would believe that Michael Brownrigg wouldn't represent you, no matter where you live, what you do, what God you worship or don't, what music you like, how tall you are, where your grandparents lived or whether you would stand in line for an hour for ramen or not.

Who is Kate Bradshaw? This article is beneath the standards of PAW and writers like Gen Shyner, Joceyln Dong and Bill Johnson.

Instead of voting for a Tiger Cub OR the candidate with her real estate broker’s license “pulled” according to Palo Alto Daily Post, OR the Democratic union machine candidate above, I recommend Alex Glew, who is highly educated and who runs his own engineering business. He knows issues facing many voters in our region.