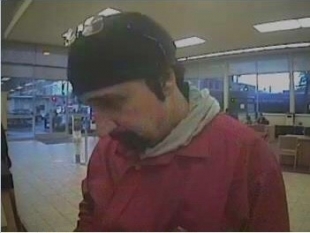 Investigators released this photo of a man wanted for robbing a Wells Fargo Bank at 505 California Ave. on Feb. 4, 2019. A grand jury indicted Oakland resident Duane Makela for the February robbery and others in the Bay Area on May 7, 2019. Photo courtesy Palo Alto Police Department.

So some thefts are still actually illegal; good to know.

> The judge also ordered Makela to pay restitution to the robbed institutions, which included banks and credit unions in the East
Bay, other parts of the Peninsula and towns in or near the Sierra Nevada.

^^^How can he do this if incarcerated? Prison jobs only pay about $.75 an hour.

Chances are he had a high bail amount and was remanded to county jail during the pre-sentencing process.

Life in jail is quite unpleasant...the food is lousy & medical attention kept to a minimum.

Portland's Thai food darling Pok Pok will be popping up on the Peninsula this spring
By Elena Kadvany | 2 comments | 3,790 views

Flying: How to lower your impact
By Sherry Listgarten | 19 comments | 3,044 views