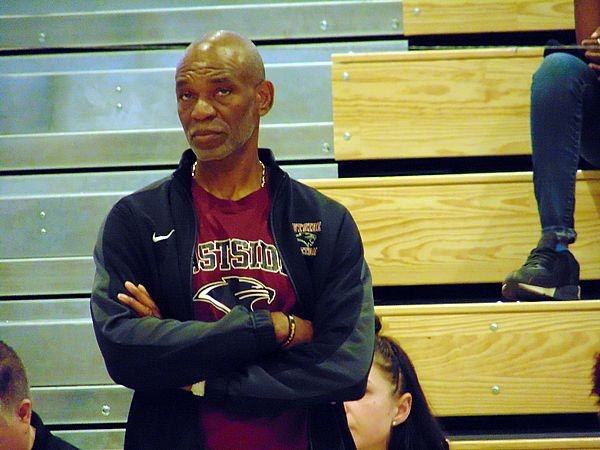 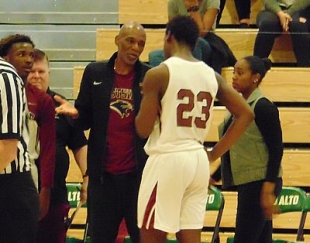 Donovan Blythe chatting with a player during a timeout.