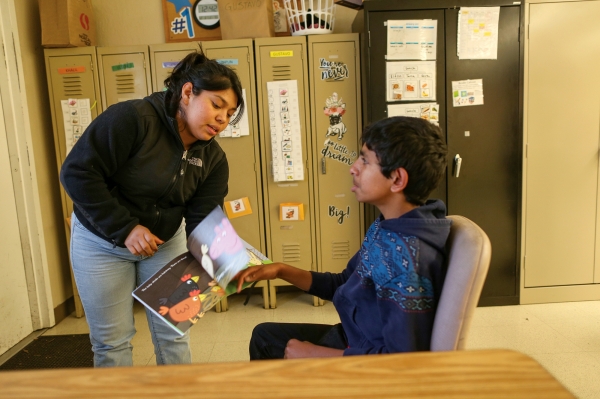 Time will tell, but, this sounds like good news. The damage to Special Ed that began over a decade ago may be *starting* to be repaired. I'm hopeful.

This is VERY welcome news, and something for which I and many others have been advocating for years. It is gratifying to read these essential first steps.

Another thing that the District could revisit is the possibility of adding a third high school. Even for NT and non-IEP kids, the size of our high schools can be overwhelming, and it can be harder to address individual needs and differences in such large contexts.

In the meantime, I am grateful that the District is making plans to move in the right direction, on behalf of all of our children.

Whether or not a special education student has a successful year depends mostly on two things: (1) how good is the special education teacher and (2) how supportive and competent the sped district office staff is to support the student and family.

Regarding the district sped staff, if they truly work with the family, don’t always lead with “no, we can’t do that”, and actually follow through to meet timelines, then yes, things could improve.

But from what I’ve seen in pausd through every lens possible, I’m not optimistic of the proposed changes as I have zero faith in the district, from the supt down to the paraprofessional aides.

For those of you who can read through the lines of the article, special education is more of a mess in pausd than you know.

Report Objectionable Content
Email Town Square Moderator
5 people like this
Posted by Still hurting
a resident of Another Palo Alto neighborhood
on Jan 17, 2020 at 6:33 pm

Until this means truth and reconciliation for the special-ed students and families who were harassed and harmed, things will never be truly solved, because the district will never learn what it needs to change and do to be trustworthy.

I'm also willing to bet that many parents were way more willing to push for outside placements so they didn't have to constantly deal with PAUSD people.