Real Estate Matters: A look back and a glimpse ahead at the local market | News | Palo Alto Online |

Real Estate Matters: A look back and a glimpse ahead at the local market

The last decade's booming market sends us into 2020 with prices having peaked, but still nowhere near flat 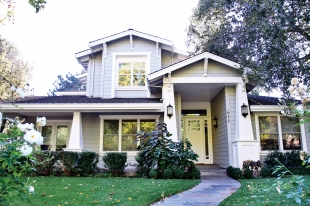 In 2019, homes in the desirable Central Menlo Park neighborhood saw close to a 30% increase in supply, a 13% increase in closed transactions, and a 22% jump in median home price to $4.5 million. Photo by Michelle Le.

Only someone in the real estate industry would refer to this as a "strong market". Most of us call it unaffordable and a disaster for things like: affordability, income inequality, ability to hire and retain local workers, making sure our children can stick around after college, etc. Rents have increased significantly too. We need to build more housing so that Palo Alto isn't only for the multi-millionaire class.

All those in favor of lowering property values say aye!

2 people like this
Posted by charles reilly
a resident of another community
on Jan 7, 2020 at 4:30 am

During the Recession, I realized that I was working for the same pay I received 30 years ago. My job skills had not kept pace with the market. But, many, many couples here on the Peninsula earn $200,000 or more per year. These folks work hard and have a great education. The white middle class needs to stop feeling sorry for itself and quit wishing for the 1970's. Take a night class; crack a book ....

2 people like this
Posted by Please lower property values
a resident of South of Midtown
on Jan 7, 2020 at 6:13 pm


@musical, I would be more than happy to have lower property values. I've owned a home here for ten years. If the value went back to what I paid for it, that would be fine with me. We all suffer from the stratospheric home prices in this town. I paid $425/month for a room in a shared house when I first moved to Palo Alto decades ago. I am pretty sure that is no longer doable. That to me is sad.

I realize that lower property values would be tough on some people. But it is not the case that we are all in this to make a buck. I'd trade quality of life for a high-priced house here any day.