Seminar introduces participants to 'skin to skin,' rooming in' practices, among other methods 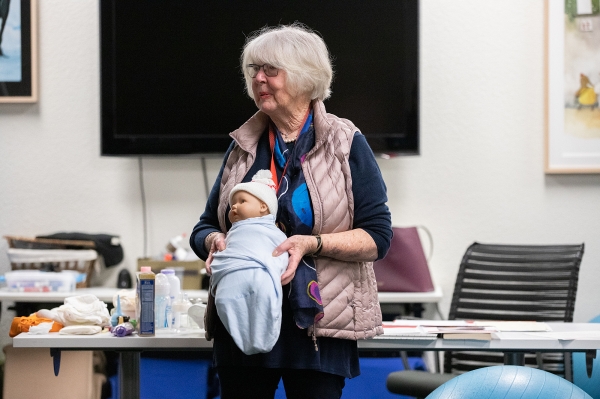 Marilyn Swarts, a former labor-and-delivery nurse and nurse manager, uses a doll to demonstrate how to swaddle an infant during a seminar for new grandparents looking to refresh their baby-care skills. Photo by Magali Gauthier. 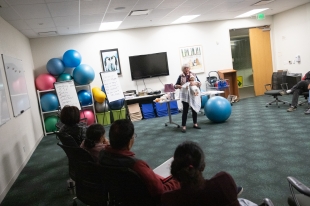 During a recent class sponsored by Stanford Health Care, soon-to-be grandparents take a lesson on how to make the most of their new roles. Photo by Magali Gauthier.


In days of yore all first time parents got their instruction from the older generation.

Yes trends change, advice may be different, but instincts should be followed.

I think this is wonderful! I had so much tension with my MIL bc she wanted me to have my newborn sleep on his stomach, and it would have been nice to have a third party educate her on current research!

Report Objectionable Content
Email Town Square Moderator
2 people like this
Posted by What a terrific idea!
a resident of Duveneck/St. Francis
on Jan 3, 2020 at 12:31 pm

What a terrific idea! is a registered user.


I think this is terrific. My kids are grown now, but my parents were in their seventies when my babies were born. They didn't remember how to swaddle or bathe a baby. Infants seem so fragile, they were nervous. It is not like riding a bicycle if you haven't done it in a long while. They wanted to be hands-on, and I wanted their visits to be special. They would have loved a class like this.

Someday, when (God willing) I become a grandma, I would like a class like this. Bring generations together. While generations can teach each other, this doesn't work for every family.

My mom didn't particularly enjoy infant care, but she was a mom in the 1950s when she didn't really have much choice. My dad (who, it turns out, LOVES taking care of babies) never learned because, "That was woman's work." He learned from us, and had lots of fun taking care of our infants when he visited. Dad would have enjoyed this class.

More than 60 years ago, when I was expecting my first child, my mother, who only had me, twenty years earlier, took such a class that I think was offered by the Red Cross. In those days, it was recommended that babies be laid down on their stomachs so they wouldn't choke on anything they might spit up. We also ended up using crib bumpers because the baby got stuck between the bars. Cribs are constructed better nowadays! My mom was wonderful with us and waited until our baby was a month old before she visited us so we could get a bit adjusted to this new event in our lives.