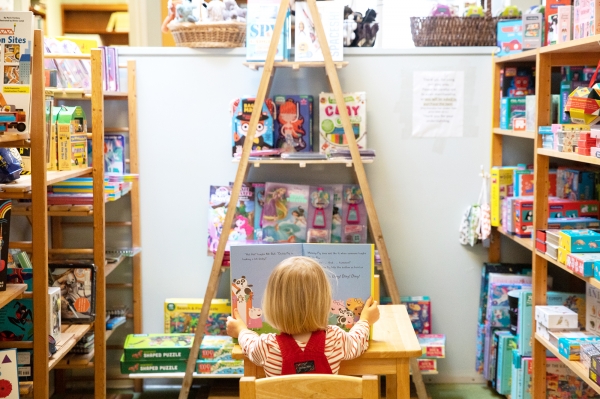 Flo Grosskurth and Chris Saccheri, the new owners of Linden Tree Books, hold some of their newest arrivals in the Los Altos shop on Dec. 13. The pair plans to organize more youth literacy events on the Peninsula. Photo by Magali Gauthier.

Chris, all the best with your new venture! You will do well.

ALB is a registered user.


Chris Saccheri is a thoughtful and brilliant young man who has saved a community institution, Linden Tree Books. When Kindle first came on the scene publishers and bookstore owners shuddered. People crave the low tech experience of holding a book in their hands for reading. The new owners have nothing to fear. He and his partner have already offered the community outstanding events and they will continue to do so. Thank you Chris and Flor for your passionate undertaking.

Thank you both so much! My grandchildren love Linden Tree, and we are more than happy that they do. The past few times we've been in, it has been full of people, young and old, happily buying books... A cheery place!

Please encourage all children to read, learn, use their imaginations. Less screen time.