Holiday Fund: Through the art of debate, students find their voice

High schoolers take on an activity many fear: public speaking 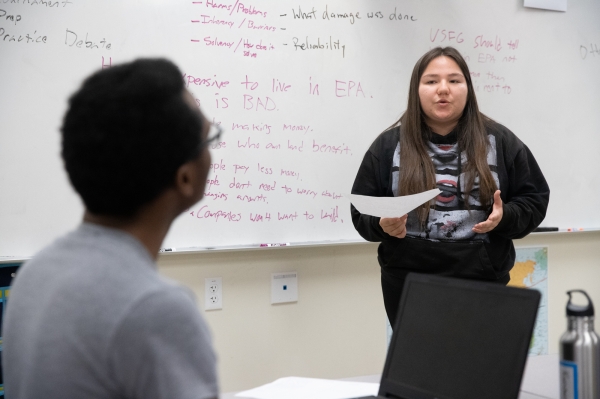 Darian Huiltron-Riverra, a senior at East Palo Alto Academy, delivers a practice closing statement to her debate coach, Kwodwo Morre, during a coaching session on campus after school on Nov. 18. Photo by Magali Gauthier. 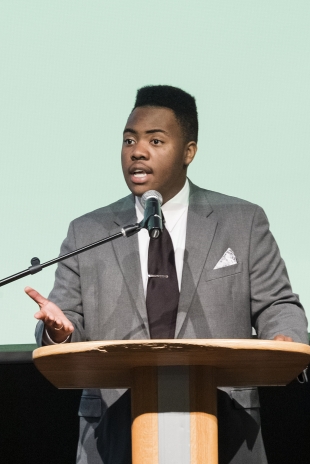 Jules Thomas, 16, of East Palo Alto, competes in a debate at "Words to the Wise," a fundraiser for the Silicon Valley Urban Debate League, at the Oshman Family Jewish Community Center in Palo Alto on Sept. 19. Photo by Drew Altizer Photography courtesy SVUDL.