Seniors in some communities put on waiting list for food 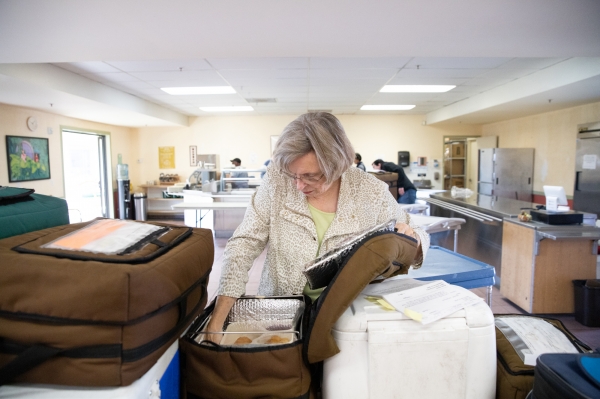 Anna Marie Janky, a volunteer for the nonprofit Meals on Wheels, checks insulated food bags in the kitchen at the Menlo Park senior services agency Little House before heading out to deliver meals to seniors living in San Mateo County. Photo by Magali Gauthier. 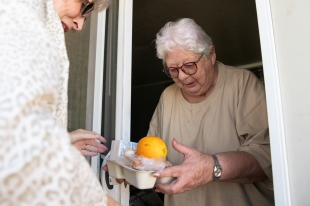 My mother delivered Meals a Wheels once a week when I was a teenager. She enjoyed meeting the same people each week and most of them were lonely and would have loved to have her sit and chat with them for a while as she was the only person they interacted with that day. Unfortunately, being on a schedule meant that she didn't have time to do so. She had to collect the hot food from a local hospital kitchen, the meals were in metal trays and she had to take them into the client's home and dish out onto a plate that had been left for the purpose, plus any other wrapped food that was part of the service, then move on to the next client. She then had to return everything to the hospital kitchen by 2.30 having washed out the metal trays and serving utensils at her own home.

The service has obviously changed over the years and most people probably have a microwave so keeping the food hot is not as necessary, but I am sure that it is still the only human contact some of these clients have each day.

I am not in a position to be able to volunteer at present but who knows about the future. I do think it is a very worthwhile organisation though.

When my father was in his 70s, in another state, Meals on Wheels was essential to him -- for the visit as much as for the food. One day, the volunteer delivering his meal turned out to be a former neighbor of ours, hadn't seen each other in years. He and my dad enjoyed their subsequent chats. This is really an important service to the community, one that certainly deserves our support.