Is the $50 truffle-topped burger worth it? Our critic weighs in. 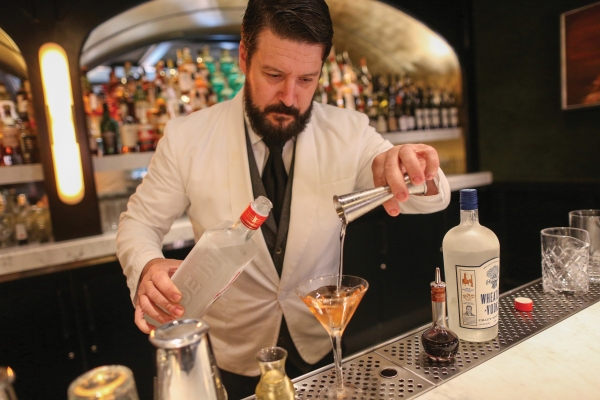 Bartender Nigel Siri prepares a Vesper martini at Selby's, which claims to serve "the coldest martini on the West Coast." Photo by Sammy Dallal. 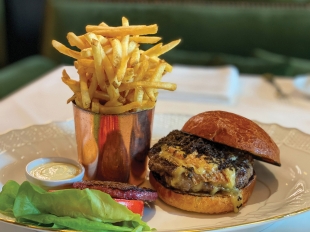 
We tried Shelby's once and found the noise levels so high that we could not carry on a conversation. And we waited 15 minutes after being seated before the first waiter even approached our table.

We were clearly spoiled by our many years of dining at Chantilly and sadly we will not return to Selby's again.


I miss Scotty Campbells, especially there collecdtion of sports ephemora, that got stolen. Then a former 49ers lifelong bachelor and non-cook bought the place.


I guess leaving the Palo Alto Weekly, where she was arts editor in the 1990s, was a good career move for Monica Hayde Schreiber if she can order a $50 hamburger.

Once upon a time, folks went to Kirks (near Arastadero Road/ECR) in Palo Alto, and/or Howatt's (on Middlefield Road in Menlo Park near Willow Road) for a quality grilled hamburger.

Clarkes in Mountain View is still around & though their prices have increased, only a fool seeking bragging rights (or a wastrel) spends $50.00 on a stupid hamburger.

Or who would pay a million dollars to live in Barron Park?

Also, when I was in 6th grade at Fremont Hills, part of PAUSD, they opened the Marriotts Great America and Mr. White our principal, apropos of a class trip, the rest of which I have sort of forgotten, tho I'm still in a fantasy football league with 2 classmates from 1975, said that Marriott got his start with a root beer stand -- which did not signify LDS for me, then, but sort of does now -- such that he recommended we stop by the root beer stand at the park which still sold drinks for the original price of 5 cents -- compare sodas now from a fountain at Mendocino for a handy example, that replaced the LYVE or whatever on Hamilton, for $2.95 --