Palo Alto's Shah out for the season with a torn ACL 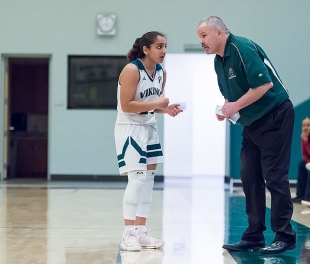 Palo Alto's Annika Shah (left) will miss her junior season with a torn ACL. Coach Scott Peters is on the right. Photo by David Hickey.

Scott Peters is a great coach and a great person. PA is lucky to have him at the helm. I played hoops with him for years and there's no finer person.